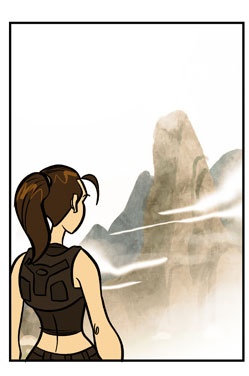 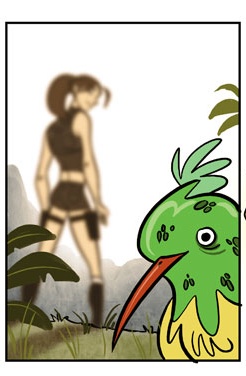 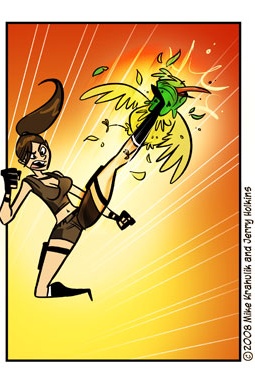 I was enthralled by Tomb Raider: Legend, caught in its jaws, and if (the demo accurately represents the sequel) there's no escape for me anytime soon. I have many traits that annoy my compatriot, but chief among them is probably my desire to know why my character is doing the things they are doing in games. In Lara Croft's case, is it, like, calisthenics? Does she just have a tomb-centered fitness regimen? It's a credit to Crystal Dynamics that, while they were in the process of resurrecting Tomb Raider, they also gave the character an overarching goal which the player can inherit if they choose. It's not an absolute necessity, and I don't mind creating that kind of stuff myself. But it's nice to have the desire for a coherent motivation recognized, and it enriches the series retroactively.

Lara does seem to murder a lot of incredibly rare animals, though. Maybe they could go into that.

We stopped over at Best Buy yesterday morning to grab LittleBigPlanet. As we left the parkade, a young man was leaving the store with a copy of Fallout 3 for the PS3 tucked under his arm, banded by the receipt. He seemed to recognize us, or perhaps he just knew at a spiritual level that I could answer the question in his heart, so he asked it. He wanted to know if it was like the other Fallouts. "No," I said. "But it's very, very good."

The original Fallout games can't really be teased apart from the environment that created them. It's strange, but you almost have to consider them in terms of terroir. Black Isle was the stamp on two of my top five PC games of all time. They made definitive products. You'd never get away with some of the shit they pulled then, content-wise, back when Mom and Dad weren't looking. A unique conflux allowed for the creation of truly singular experiences.

As a result, I never expected Fallout 3 to manifest those earlier games. I wanted respect for the franchise, and systemic references, but I felt sure they were going to make a game that people would buy and play - which means erring on the side of amusement over simulation. There are people who get left out of that equation.

It's a grim fact, but all the controversy surrounding Fallout 3 is essentially irrelevant. In some cosmic calamity, they chose to launch their product just one day before the sequel to our game, On The Rain-Slick Precipice Of Darkness: Episode Two. I can't imagine what it must be like to have four years of toil completely obliterated like that, and my heart goes out to them. Hopefully their work on Post-Apocalyptic settings has prepared them for the worst.

i got the scar to prove it