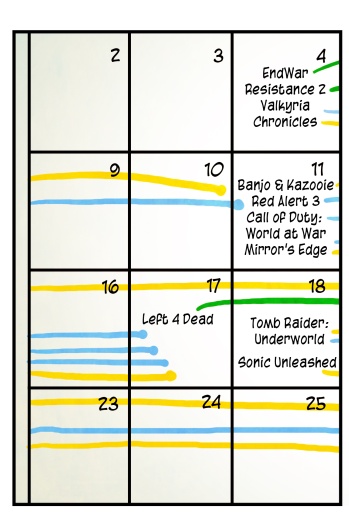 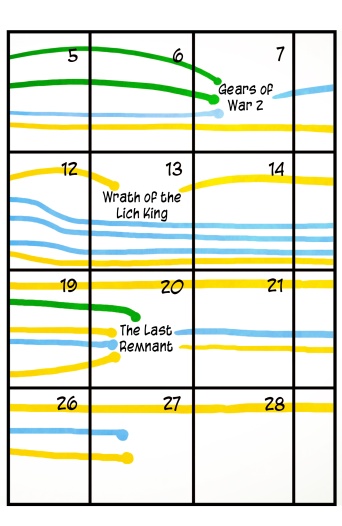 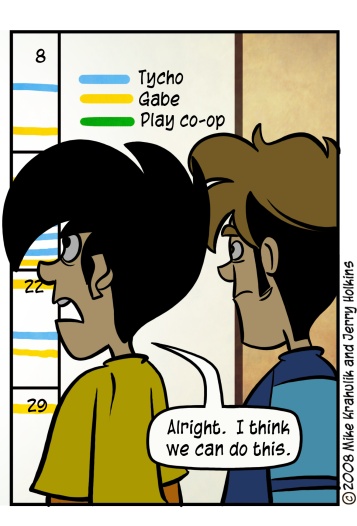 We've complained about the releases already, earlier in the month, when we thought the situation was still kind of funny. We'd managed to cull the list of absolutely necessaries down, and felt that we could move into November assured of our purpose.

The trouble (and I spoke about this recently) is that I, well, like to play videogames, and I never turn down demos, even of games I have no intention of purchasing. This is a mechanical, largely automatic act. But I keep grabbing demos that have some umami, an inescapable flavor-taste that I enjoy far more than I ever intended to, and so these games must join the others on the heap.

We were seized by the Resistance 2 beta, and we would have played it even more than we did had the servers obliged us. The execution was always going to be solid, on account of its reliably excellent architects. A World War II/Sci-Fi shooter does strike me as a cynical, grasping construction, but the quality of the offered gameplay can't be denied. I don't know how much time I'll spend in the Competitive multi, but the more we got into the flow of the Co-Op experience the closer we came to purchase. It's got Split-Screen, and though your compatriot doesn't accrue experience it's still a blast, and the enemy scaling can turn normal foes into satisfying, nigh-indestructible alien gods. You need each other, pretty much all the time, and the game encourages you at every turn to know your role and do your best.

A demo for Valkyria Chronicles hit the PSN, and I wouldn't have known about it if I hadn't been madly refreshing for the Mirror's Edge demo. I'm really afraid this game is going to fall through the cracks, even though it's almost the only game of its type on the Playstation 3 - a smart, tight take on tactics with a striking watercolor aesthetic that it nothing short of triumphant. Must, must, must buy. The EndWar demo was surprisingly savvy, and when you see someone play it who really gets their head around the voice controls it is a legitimately, authentically new experience. Building vehicles to defeat specific challenges in Banjo-Kazooie: Nuts & Bolts was, to our continuing surprise, a huge amount of fun.

If you are a WoW player in addition, you're about to be drawn and quartered. Psychologically speaking.

We've only mentioned the big releases here - we haven't gone into portable or indie titles, where there are additional joys to be had. And by joys, I mean impossible choices. We chose to crack the month into discrete sectors, and then break down into task-oriented action cabals.  I pray it is enough.