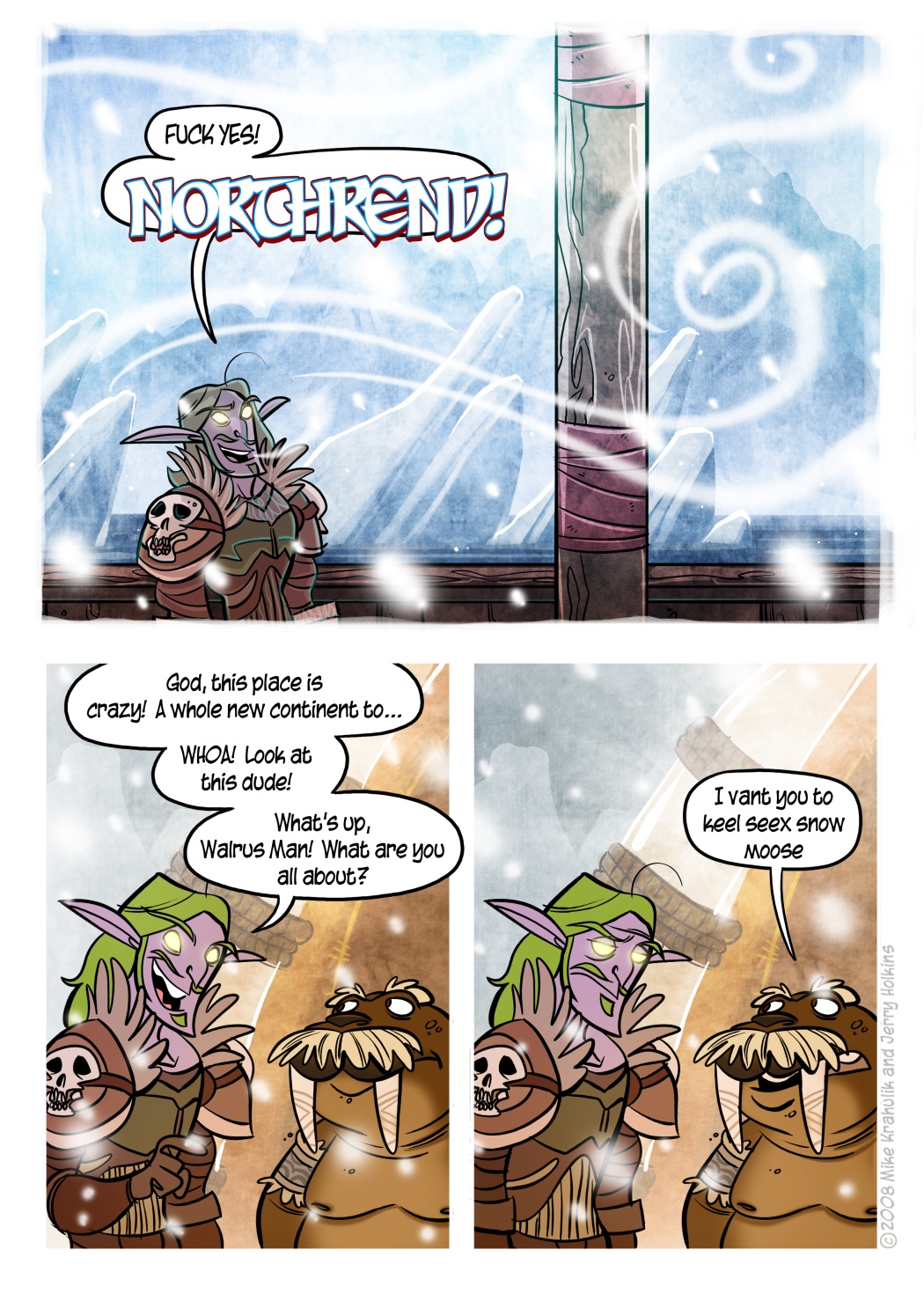 In the most incredible season of electronic entertainment on record, I'm not ready to be yoked by a single game - to pull a plow with my neck through some frozen continent. It's the classic pendulum swing, away from persistence and toward immediacy. I have a feeling the game will still be around when things swing the other way.

I've reliably had something like fifteen people online playing Gears every night until Wrath hit, and last night I was lucky to have four concurrent - the game came down like a guillotine. It reminds me of Australia's feral cats, for some reason. An evolved, unbelievably efficient engine of destruction for whom every other species is just meat.

- The Left 4 Dead demo didn't sell me on the game, which has made the last week or so incredibly bizarre. I've read only one other dissenting opinion, and his handle was "Poop-master" or something ridiculous, which didn't help. So, I called them up to see if I could come over and find out for myself.

I was glad to see that the PC version lets you select between Push To Talk and Open Channel for voice, because it's not really a Push To Talk experience. If Donkey Konga is a game that is, at root, about "Clapping With Your Friends," Left 4 Dead is very much about "Saying Oh Shit In A Very Loud Voice." When a torrent of ravenous dead are running down on you, there's no opportunity to extend a pinky and daintily initiate conversation re: your collapsing skull.

In general, the concept of The Director - an omniscient entity that dynamically alters game flow - is a very interesting concept. But I don't really play games strategically, I play them intuitively, reacting to whatever happens to be occurring, so that encounters of the form

all have more or less the same texture to me in the same environment. A director that altered the "set" or inserted an "alternate scene" would provide for me the kind of dynamism they have described. I got the dynamism I was looking for from its Versus mode, a four on four experience where players play the entire "movie," alternating sides. There's a kind of algorithm it runs through at the Safe Room checkpoints, determining score, but the main factors are how many people survived and how much health they had when they got there.  This means that you begin the level with a perfect score already:  you are carrying this score gingerly throughout the level, and the enemies are there to beat it out of you.  Shooting enemies is relevant only because it allows you to retain more health.  In co-op, getting everyone to the safe room would constitute victory: I don't pay attention to score in that context. Also, I'm likely to shoot zombies just because they're zombies and that's what you do with those. But when you're being hounded by four players in concert with their nefarious Director, and you're being scored exclusively on health, you run from one end of the level to the other - and you never look back.

This versus mode is only available on two of the four "movies," which is a shame, but this being Valve I'm certain they'll remedy the situation.

- Child's Play is already off to an amazing start, and as happens every year affiliated events are cropping up. Tickets for the official Child's Play Charity Dinner and Auction are now available, and they usually go quickly, so if you would like to eat something delicious and watch us emulate respectability this is really an amazing opportunity.

is this really your plan