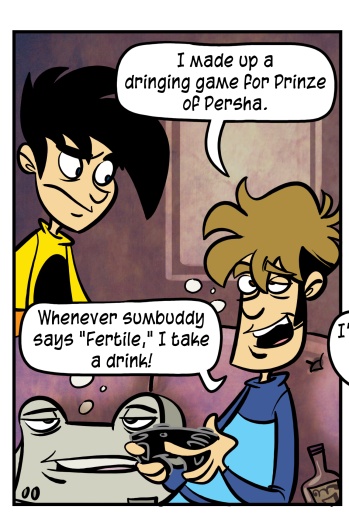 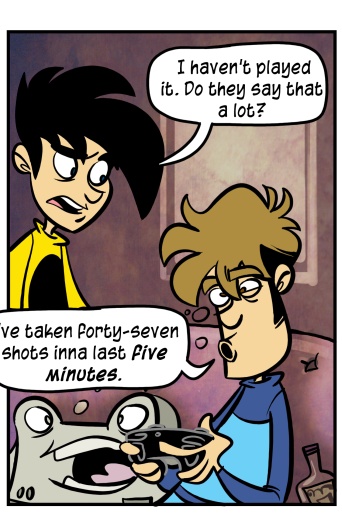 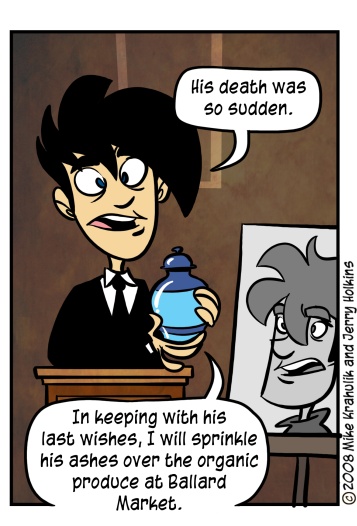 The core idea of Prince of Persia is that you will traverse various obstacles in each region, leaping and so forth, until you reach and (subsequently cleanse) that area's "fertile ground." It's a term with incredible euphemistic opportunities, but since it's a phrase that denotes game function, the characters have to say it all the time. They also pronounce it fur-tile, instead of ferdl, which is customary where I live - and I think it's an alien pronunciation for the voice actors too, because every time it comes out of their mouths it is vaguely halting, like they're chewing a mouse. In any case, resist the urge to formulate a Fertile Ground drinking game (Exhibit A).

- I don't play absolutely every game to completion, but I usually don't expressly give up, either. My role is something like that of a king's taster: to try everything, and gauge its relative toxicity for you. I always hope to come back to games, and I usually do, especially after a holiday like this one.

But I have really, honestly, and truly quit Mirror's Edge. At least, I think. Writing this will probably make me feel bad, and then I'll have to go back and pound my head against it until my skull is visible. I just got to a part in the game where I said, no. Nobody is paying me to do this. This is no longer a productive investment of my leisure time. The platforming doesn't even enter into it: if I die because I fell off of some shit, that's on me. And it's not about the combat, either: it's not a matter of how its implemented, or how it could be improved. When I come into a room I need to escape from, and I see a bunch of S.W.A.T. guys, my first thought is, why are they even here? When I see the (frankly, supernatural) trailer for the DLC, my heart skips a beat: that's the game I want. After that campaign, though, I don't want anything to do with Mirror's Edge.  They had an excellent, well-manifested game mechanic that probably wouldn't work as a full retail product, and in the drive to shore up that "deficiency" they did violence against their creation.

- It seems like a lot of people enjoyed Auditorium, and why wouldn't they.  It immediately brought to mind a musical technology project called Audiopad that I'm always finding an excuse to link. If Flow Control is something you want to play around with today, I'd suggest indie darling The Odyssey: Winds of Athena for the PC or (especially) Blow, one of the Community Games on XBLA. Defense Grid, an indie Tower Defense game coming out next Monday, has some cool flow control elements as well.

- With nearly seventy thousand dollars raised by the paragons of virtue at Desert Bus, this week saw over $160,000 raised, bringing the current total up to $720,895. Since our goal was, um, $750,000, I would say we're doing pretty well. Chris at GameLife wanted me to put a link up to a post he's got over there: he's slicing generous cuts from his gaming collection and placing them up for auction. Don't forget about Fünde Razor next week - and speaking of Rock Band, remember that Harmonix is donating all the proceeds from the PAX Pack DLC to the charity as well. Plus, we've only got thirty tickets left for the Child's Play dinner, and we stop selling tickets today at 3 p.m. PST, so.....