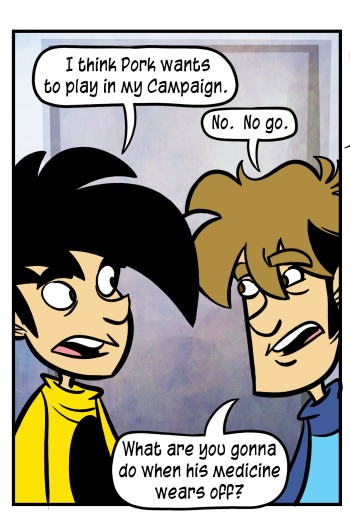 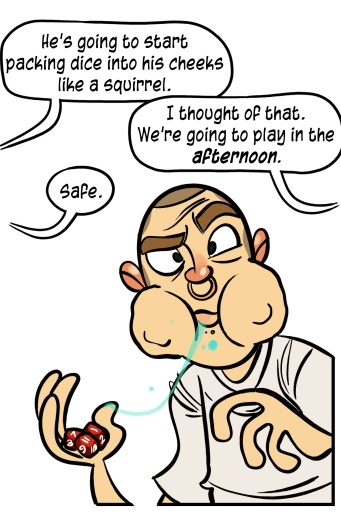 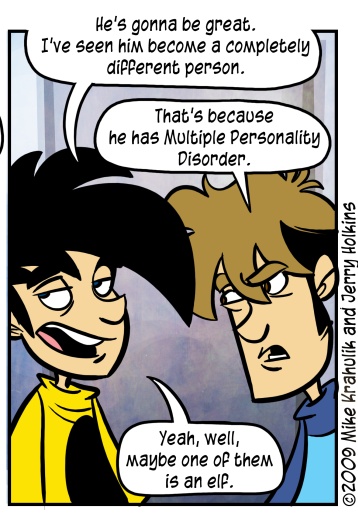 When we received the initial exploratory mail from Pork, asking if Gabe had room in his campaign, it was like being plunged into an icy stream. Once blood began to flow again, it seemed to us that his mental alacrity - which severely complicates normal conversations - may have a natural home at the table. If properly mitigated.

I have suggested a dart gun.

I snared the demo for Skate's second outing, on next-gen systems at least, and while it has a good aroma (defined here as a kind of ineffable "vibe") I still can't make heads or fucking tails of this control scheme. I know it's cool, I can sense an amorphous coolness beyond, and I don't hold it against the game - it's just impenetrable to me. I feel as though I am standing outside a gnomish door of exquisite manufacture, its innards ticking with clever watch-guts. I appreciate the workmanship, and maintain a casual interest in the contents of the vaults within. Simultaneously, it mocks my bratwurst-like fingers and trudging mind.

I feel a little bad, because every other conscious entity in the universe seems to enjoy it at a deep level, but it's possible that they're all lying to impress you. Even without the ability to perform anything but the most rudimentary tricks, there's still some genuine beef on the demo if you have a friend around: Hall of Meat and Spot Battle. If you are no good at Skate, Spot Battle is just another variant on Hall of Meat, which is perfectly fine. HoM turns the game into a physics toy similar to Stair Dismount where the goal is not to startle onlookers with your prowess but rather to grievously injure yourself. Devoid of anything approaching skill, hurting my skater is something I do as a matter of course. I excel at this mode.

Watching music companies shift hard to MP3, and tentatively preparing to celebrate, I wondered if I sort of have things backwards. This is always my presumption: that I have not only misunderstood the operation of real systems but have, in fact, gotten them exactly wrong, and so I tried to mock up what an utter failure to perceive would look like in this case. The current model, a cosmology widely accepted by our people, is one that suggests an aloof cadre of idiot gods at the helm of a global music industry, ultimately dragged to reason by virtuous consumers. I wonder if the opposite is true: that, like every other time, they've simply found a way to make us buy our music again. That we would cheer this maneuver - now, in the hour of their black triumph - must resound for them, like a symphony.

to keep through all the years 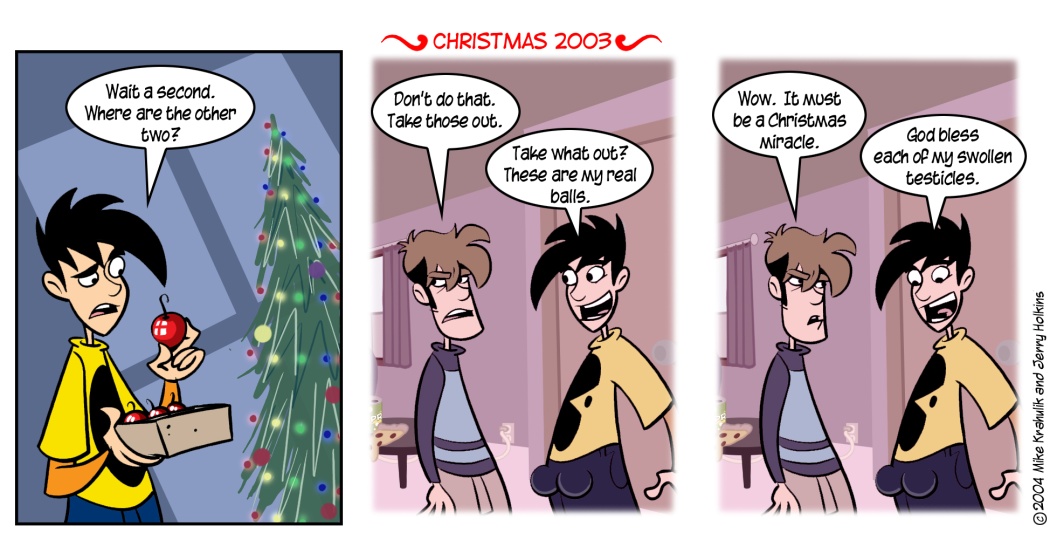