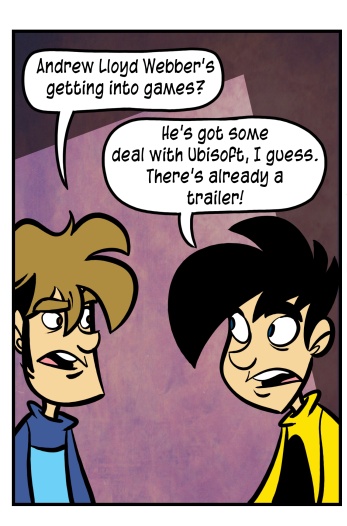 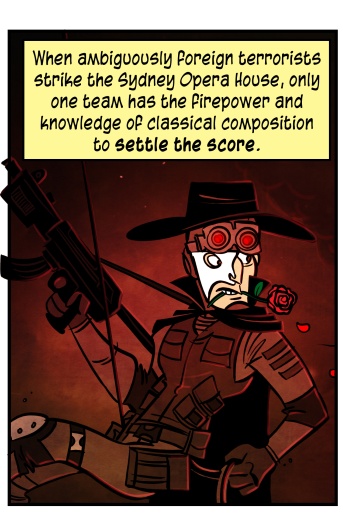 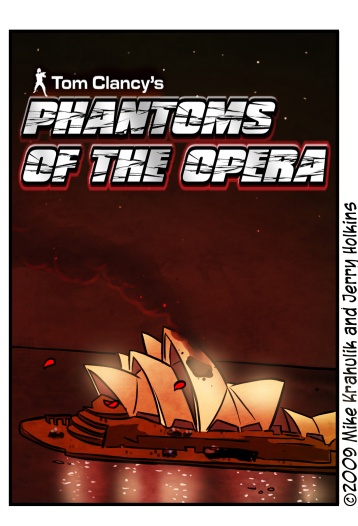 Andrew Lloyd Webber (or his clever handlers) are looking to position his ouvre in an interactive context, and they're approaching publishers in that regard. It's almost certainly going to culminate in some SingStar-type bullshit when it could be so very much more.

I am generally enraged by musicals, with few exceptions, but if you must endure one it might as well be one of his. When we lived in the hallowed Apartment 26, we would watch Jesus Christ Superstar with surprising frequency, and it was an experience about which I have nothing ironic to say. As a transposition of the Gospels into modern voice - though it is perhaps less "modern" now - it's Goddamned riveting, particularly as a lapsed believer. It gave me a sympathy for the figure of Christ that I never had as an actual disciple.

Harmonix could do something incredible with that thing. A couple of the guys were out here a year or so ago when they were doing some press tour for Rock Band 2, and once I had expressed my concern that there wasn't enough sanctified heavy metal in their game I launched my second salvo, which had to do with the "live concert footage" that accompanies most tracks. Specifically, why was there so much live concert footage.

What I really wanted to know was how much genuine authorship a piece of DLC had - what new content it could contain. Was it possible to deliver something more along the lines of an actual video - which might include elements of performance, but also manifests peculiar realizations of the song's theme. I still play Rock Band multiple times a week, and I'm surprised at times how natural they're able to make some of the performances, but the seams on this puppetry are starting to show.  These games have gotten very comfortable, for me and for them, and it may be that I'm ready for them to evolve.

I'm hungry for a game that features music and rhythm elements layered over a custom, narrative experience. PaRappa and UmJammer Lammy executed on this a billion years ago, when it was genuinely weird to do so, but now that rhythm brands are billion dollar global franchises the creative potential has been reduced to a pinhole.  These games may have "Band Campaigns," but they're rendered at the emotional resolution of a Lite-Brite.  I'm ready to see what's next.

i ain't got no time for nobody