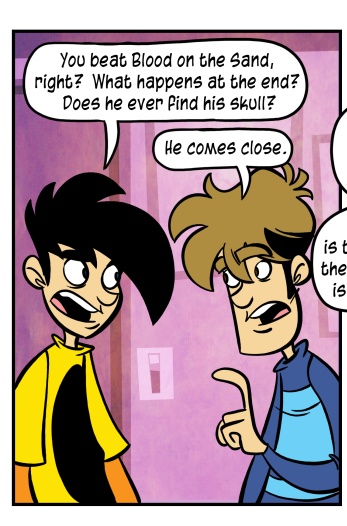 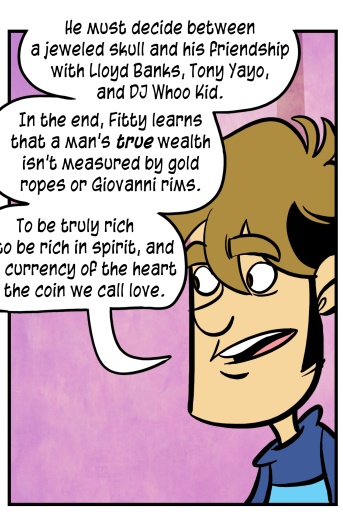 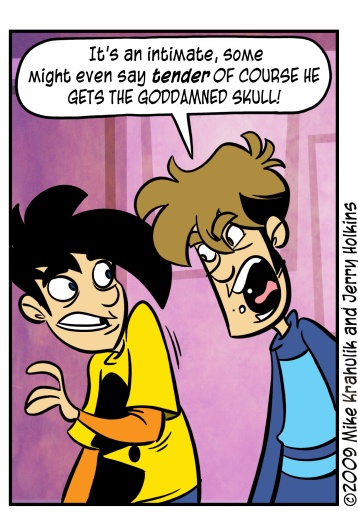 Every now and then, in Blood on the Sand, 50 Cent or another member of "G-Unit" will make an offhand comment about the architecture.  I doubt very seriously that "strong characterization" was in the product's charter, but these occasional flashes of context made me wonder what kinds of exploration the man could actually sustain.

Man, I would love a crack at that.

Here is some reading that may enrich you over the weekend:

- The name David Sirlin might not be immediately familiar to you, but you almost certainly know his work: he toiled to rebalance both Super Puzzle Fighter II HD Remix and Super Street Fighter II Turbo HD Remix.  His writing often makes the rounds when he says something controversial, at least controversial in gaming community terms, like "Street Fighter 4 has serious problems" or "Puzzle Fighter, in its original form, is broken." But if you should happen to remain at the site for some reason, you'll find a glittering expanse of sober thought and analysis of the medium we crave. Sirlin was responsible for designing Kongai, Kongregate's card-based metagame, and reading his account of this process is like traveling through another person's mind.

- I don't know anything about Dwarf Fortress, and I mean absolutely nothing. I understand that everyone should have had a Dwarf Fortress phase. I know that there are legendary threads devoted to the fortresses some dwarfs create. I also know that "dwarves" is often spelled with a V, but both forms are acceptable. The F version just feels right - a dense, stout word, possibly of dwarven manufacture.

That went long. The core idea I wanted to relate was that not knowing anything about Dwarf Fortress makes reading this detailed tutorial a huge treat. It comes across like a piece of fiction in some rich new genre, and the game is apparently wide enough to supply the narrative with real substance. The section on magma put my mind in a whirl, adjusting it gingerly, as though my cognition were a lump of clay on a potter's wheel.

- Fall From Heaven II is a Civilization IV mod, supposedly, but that grievously undersells what's been accomplished. It's not new, by any means, but my experience with the Dwarf Fortress stuff above brought it swiftly to mind. I read the manual for it during Christmas last year, the manual, and it has remained fresh in my thoughts for months. I'd recommend you do the same, even if you don't own Civilization 4 or have any intention of playing it.  The story and the game mechanisms are woven so tight that they're almost inextricable.

it's a wonder i can think at all