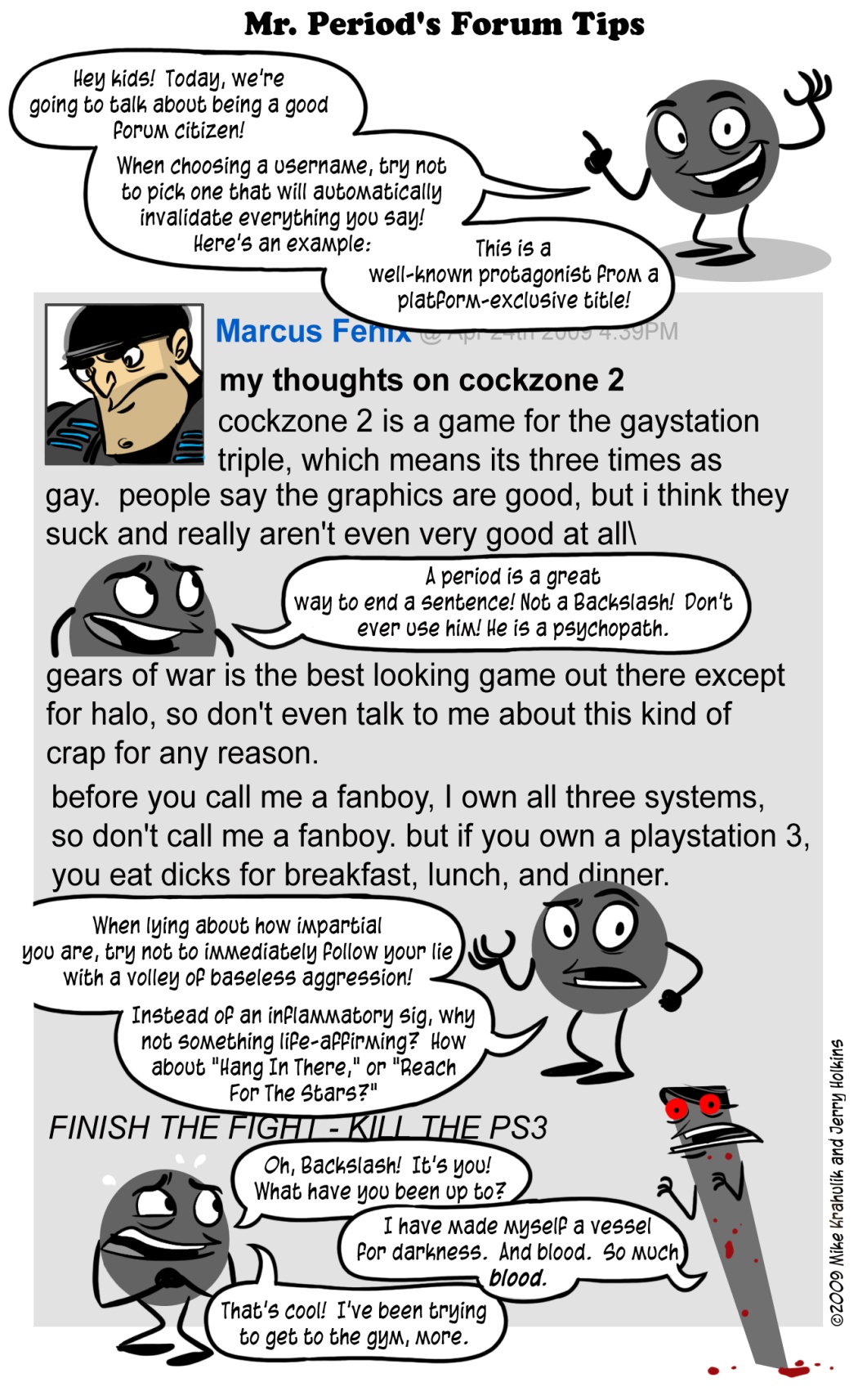 In the hooting menagerie of your typical thread, wisdom is in short supply. Even by these debased standards, the discourse is a shit spigot with the valve snapped off. Post after wriggling post, the mendacity is unrelenting. We're not representing ourselves very well to the universe. In a fantasy I return to often, I'm called before the Zikzak World Eater to make a case for the planet Earth, which they call Kak'rak. After a few moments of consideration, I shrug. A hundred gallons of foul saliva rolls over the slavering jaw, or mandible complex, or whatever passes for a mouth among the Zikzak warrior caste.

Sometimes it's hard to tell if the people acting out these little dramas are just bald-faced fucking liars, if they're people paid to behave exactly like an idiot would, or if they actually have no idea what they're doing. I've read marketing messages transcribed perfectly from the press release. Single posts that sound like they were written by a choir of concussed marmots.  Calls for civility from vile and base aggressors. These are the people Jesus was talking about, and I strive to manifest that divine equanimity. It is in this spirit that we have enlisted the services of Mr. Period, in an effort to improve the quality of posts everywhere.

In my previous incarnations, there is no doubt that I would have engaged the community in this fashion. Sporting handles like Sawblaide and Pariah, these tortured young iterations supped exclusively on blazing psychic agony. I suppose this makes me a hypocrite retroactively, but I'm not saying that people shouldn't troll. That's a natural law, and I recognize its supremacy. What I'm suggesting is that they shouldn't troll in such an idiotic, transparent way.

Gabriel tells me such things are common, and we must endure these creatures until they molt into adulthood, but I wonder if a savage chop to the trachea would not accelerate the process.

and the broken homes