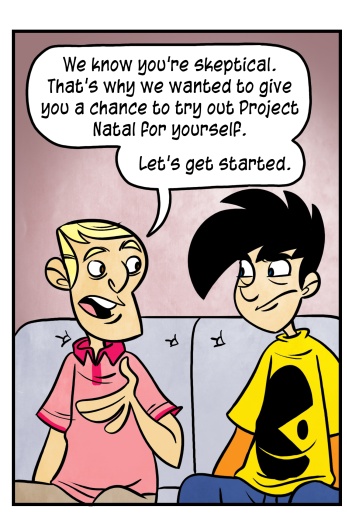 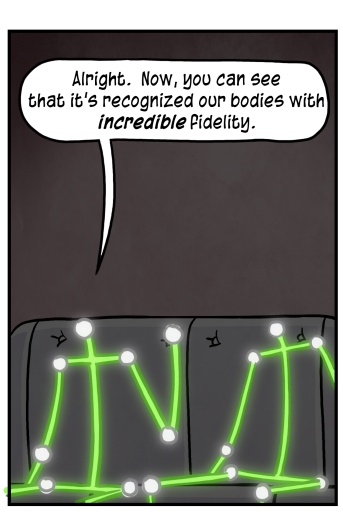 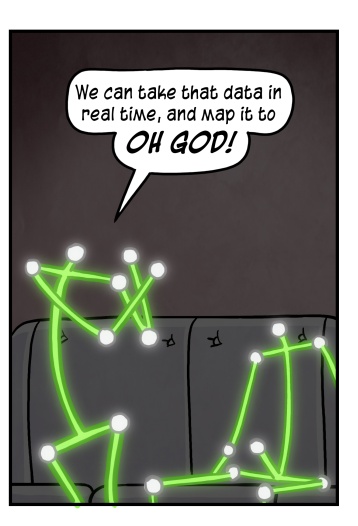 We haven't actually seen Project Natal in the flesh, and with the advent of this strip, we'll never be allowed to. So... I guess that's that.

With only hints of its true capabilities, and questions about what is mutable software as opposed to the mechanical realities of the device, it's difficult to imagine what the product means. Certainly they've attempted to bridle that conceptual space, milling out smiling families for whom this mystic lens represents a sentient domestic god. Being as diplomatic as possible, these vignettes are not plain dealing.

I talked about the fragility of simulated social experiences before, but that fragility of experience permeates any kind of non-standard interaction. Speaking specifically to the demos in the Microsoft reel, let's say I were to install such a device atop my television. The first time it failed to recognize Brenna or her voice, and I mean the very first time, she'd never use it again. People who are not Goddamned nerds don't endure variables like this if they don't have to.

The relative ambiguity of motion detection on the Wii necessarily means that the language of motion gets dumbed down, more generalized, until you arrive at the situation we're in with many games on the platform: the play experience is more or less identical. Greater gesture "resolution" is a foregone conclusion if they want to actually investigate the concept they've presented. What Microsoft and Sony have chosen to do is to create something that is better than "good enough," but the place between "good enough" and "great" is a haunted realm of madness and despair, where every inch is won in blood.

Sony's presentation makes more sense to enthusiast gamers because it has controllers. We like those. The most compelling demos they showed require fully two controllers and the Playstation Eye, but I'd be very surprised if that was considered a typical configuration. Being a shaman, I have a natural sympathy for prophets - such as the men who gave a demo of Sony's new motion controls. Creatures out of their own time, emerging from some blast-scarred pod to gesture at a future which is (for them) patently obvious. They are from there. They want us to come along.

woe to you, o earth and sea 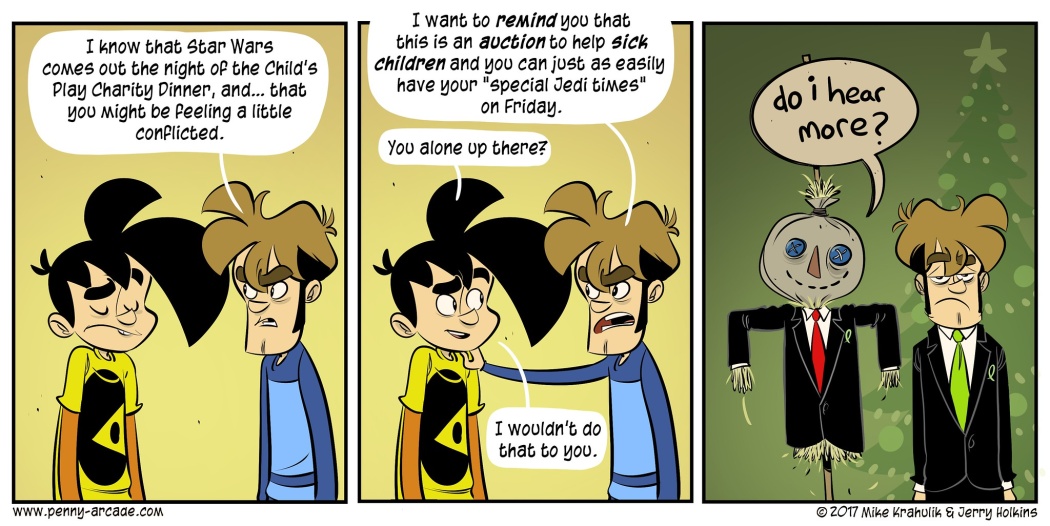