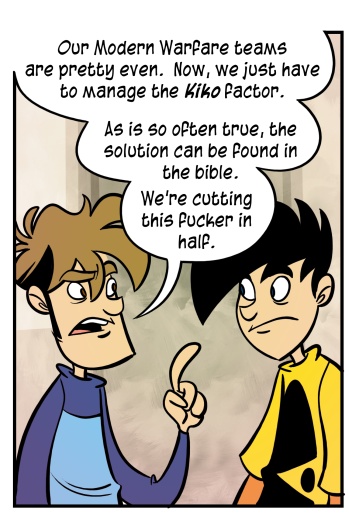 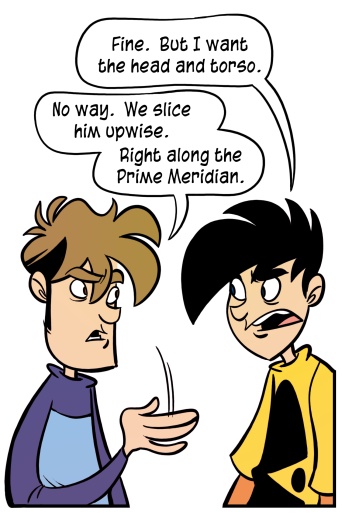 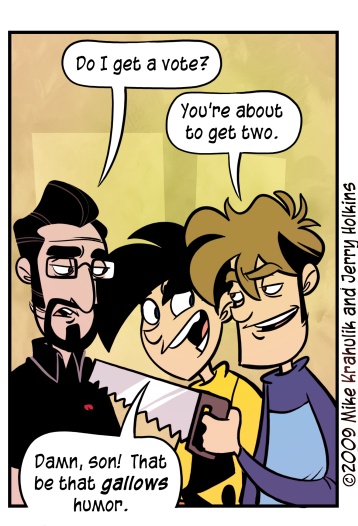 We don't play a lot of Ground War in Modern Warfare 2, by which I mean we don't play any of it, ever. Kiko and I investigated the mode (in our traditional scouting capacity) and determined that what is more than enjoyable at twelve players can become something altogether else at eighteen. It's the experience becoming that much more destabilized, altering the value of your inputs. Killcam footage sometimes looks like it is from another game, perhaps being played somewhere else on the service, by people you do not know.

Once the number of people we want to play with reaches critical mass - the mass beyond which we must expose ourselves to larger, "Big Team Battle" style games where the arbitrations feel increasingly capricious - we tend to collapse our group into teams and play against each other. This model has its own concerns, of course, but it allows us to play a game which actually resembles Modern Warfare 2, giving it a strong advantage.

When I was taking the game for a spin on the PC, the extent to which every participant was experiencing a fundamentally different game was even more profound. Network performance is unmitigated in the traditional manner, something which has already been discussed to death, but the idea of trying to compete in an environment where latency and processing power are variables seems like the howling mouth of madness. It's always been true that the games we play are not entirely identical - though QuakeWorld codified it - but it is hard to imagine why you would ever expose yourself to competition beneath that duo of horned gods.

I associate one-man indie rock outfit Brad Sucks with and idyllic period in my life - bookended with anguish, surely, but good in the middle - and I'm overjoyed that he's manifesting that wond'rous phase as a collection of songs for the Rock Band Network. He's basically the optimal case for the service - an independent operator creating guitar rock, in full legal possession of his creative output - and I hope that he is made tremendously wealthy as a result.

if only time would trickle slow