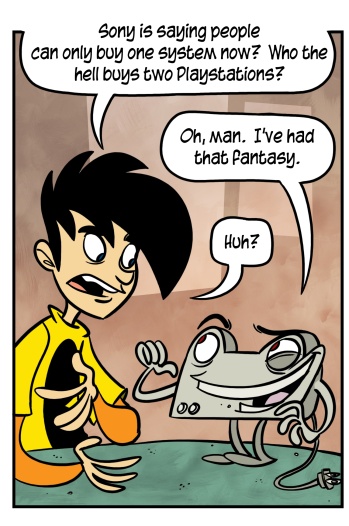 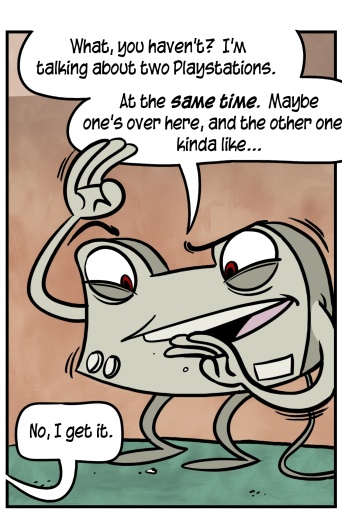 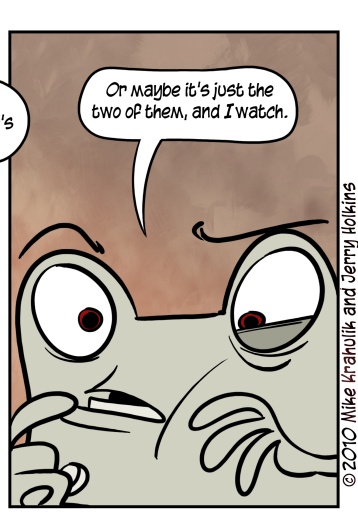 The last time Sony said supplies of the Playstation 3 were low, the results were hilarious - to say nothing of profitable. When I saw that sales had again dipped below the 360 in the U.S., there was never any question that this information would need to be contextualized somehow. It's not possible that people simply bought less of one than the other, because that's outside the narrative - the narrative of the returning king, the hooves of his swift steed red with the blood of the interloper.

When I was young, my mother owned a book called "88 Reasons Why the Rapture Could Be in 1988," whose purpose (and worth as a factual document) you can probably infer. Along the same line, have you noticed that it is always, always the Year of the Playstation? It's been like this for years now, this perpetual imminence, and I'm wondering at what point we can just say that maybe consoles don't have years, that maybe if they're good and don't cost too much people will buy them, or not buy them, as the case may be. I'm wondering if it is possible to dispense with the crass numerology which has long held our commentariat in such thrall.

It took three nights to get into Bioshock 2 - three nights being a span of time with a bit of poetry to it. That's how long I needed to burrow under the preconceptions that clung to every polygon being presented. You can lose your mind in this pursuit, comparing each pixel to the remembered one from two and a half years ago; this introduction to that, one menagerie to the other. I'm perfectly aware of these dangers, to the extent that I warned you about them myself, but even with this mantra fully present to the extent of it being almost luminous in the mind I couldn't shake it.

Now I'm playing a videogame which is called Bioshock 2, and I know why it's called that, but every rendered frame doesn't lead to paralysis. Bioshock tried, wherever possible, to drape its mechanics in a contextually sound mantle. The one with the two at the end inherits that work, but is happy as a general rule to make something that is less a statement than a videogame. I'm sympathetic to their plight, certainly. They were charged with making a sequel to a game that is - quite clearly - a satire of the medium and its adherents.  The entertainment software I've got here ranges from good to very good.  It lacks, or has done away with, its father's restless spirit; I'm wondering how much I care.

how the mind does shout for rest