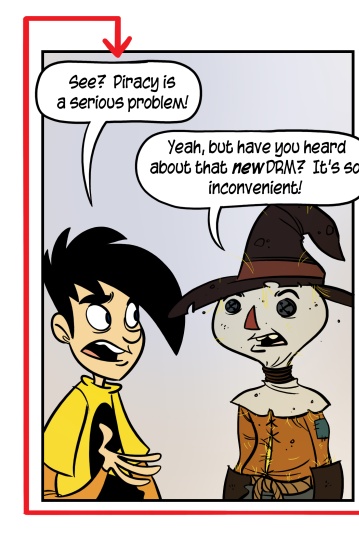 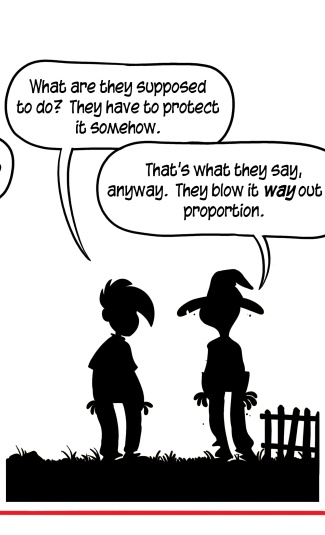 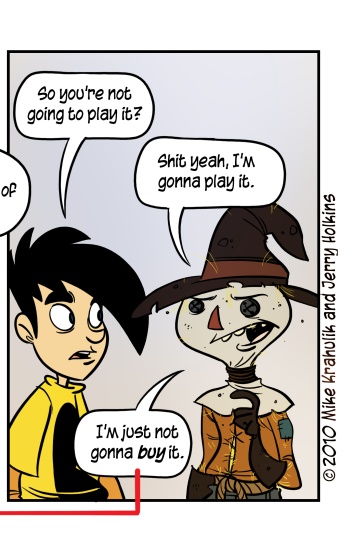 Alright. So, Ubisoft's new DRM. Supports unlimited installs and Cloud-based save data. Requires absolutely unbroken access to their master servers, or the product ceases to function. I can boil it right down for you:

Well, except pirates. Pirates always win, on a long enough timeline. Honestly, the timeline doesn't even need to be that long.

Visit any thread regarding the topic, and I mean any thread, and it won't be three posts until someone raises the Goddamned Jolly Roger and says they'll pirate the game as a gesture consistent with some comprehensive ur-morality they've ginned up, one where stealing things is alright provided they were very angry when they did it. It's entirely possible that you don't like being spoken to in this way, but somebody has to get this done.  What Ubisoft is doing here is Draconian - I don't mean those lizard dudes, I'm talking about laws which are characterized by their severity. Before they eventually dismantle it, and it will be dismantled, it will have achieved exactly the opposite of their intention. But what I won't tolerate from rational beings is the idea that you don't understand why they're doing it.

Every avenue of convenience for the user is also a vector of exploitation.

They have given up.

As fiery rhetoric goes, this sucks. It doesn't have that revolutionary quality that rallies the faithful. The trouble is that this dialogue between pirates and publishers, one which was always characterized by falsehood and ill-will, has ceased to exist in this case. A maneuver this extreme means that they're finished talking altogether: this mechanism is their response, the final word. Only it's impossible to get the final word here in The Cloud. Ever.

And no-one of any sense has ever bet against the scorn and resourcefulness of young men.

these wounds they will not heal