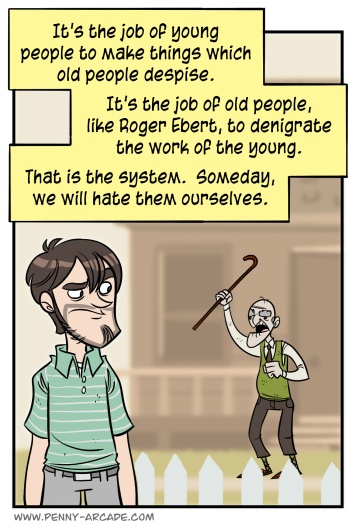 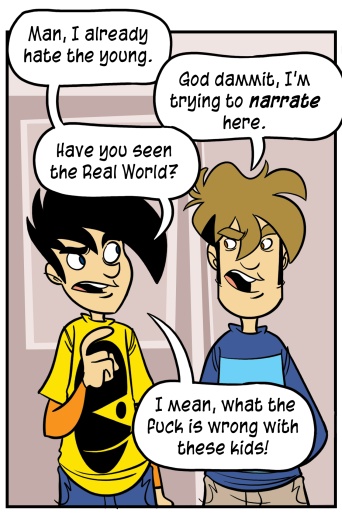 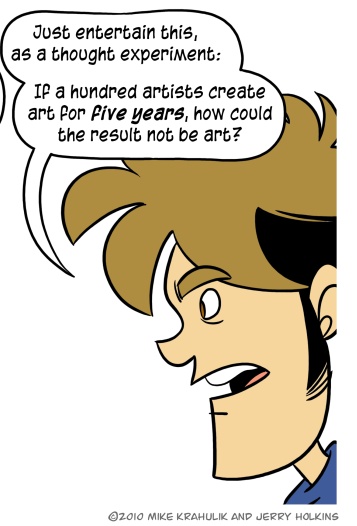 There are many, many replies to Roger Ebert's reeking ejaculate, from measured Judo-inspired reversals of momentum to primal shrieks which communicate rage in a harrowing, proto-linguistic state.  Thatgamecompany's Kellee Santiago chose to respond to him, which gave the whole thing a kind of symmetry, seeing as it was her TED speech that drove that wretched, ancient warlock into his original spasm.

That was very polite of her, behaving as though she were one side of a conversation. For what it's worth. Which isn't much, honestly, because this weren't never a dialogue. He is not talking to you, he is just talking. And he's arguing

1. in bad faith,
2. in an internally contradictory way,
3. with nebulously defined terms,

so there's nothing here to discuss. You can if you want to, and people certainly do, but there's no profit in it. Nobody's going to hold their blade aloft at the end of this thing and found a kingdom. It's just something to fill the hours.

Also, do we win something if we defeat him? Does he drop a good helm? Because I can't for the life of me figure out why we give a shit what that creature says.  He doesn't operate under some divine shroud that lets him determine what is or is not valid culture. He cannot rob you, retroactively, of wholly valid experiences; he cannot transform them into worthless things.

He's simply a man determined to be on the wrong side of history, the wrong side of the human drive to create, and dreadfully so; a monument to the same generational bullshit that says because something has not been, it must not and could never be.

lying in the reeds