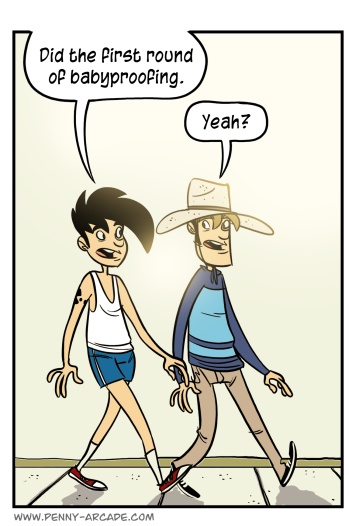 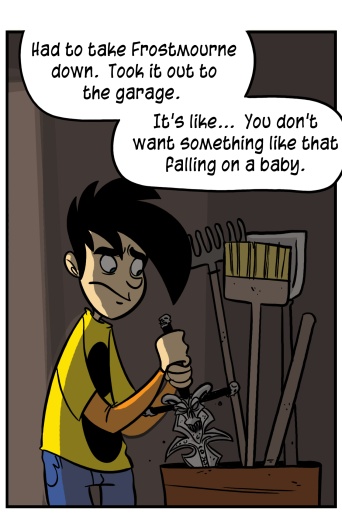 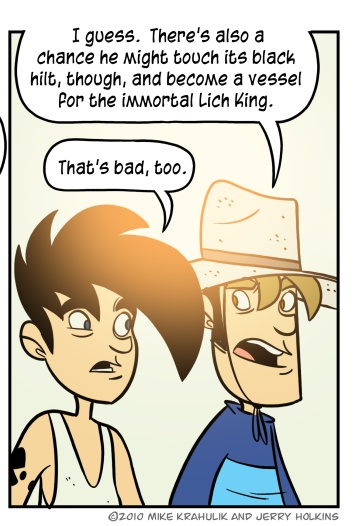 Only three panels? No beautiful colors by Steve Hamaker? No rad letters by Erica Greco? I suppose it will have to do. Strong topic, though. Like the content. Certainly, I can vouch for the writing.

Part of the reason larger-scale projects like Lookouts are more rare is because we don't have the human bandwidth to manifest such things ordinarily. But we were able to put together two weeks' worth of Lookouts stuff in about a week and a half, with no pause in our customary output. That's really exciting for me, because if you've ever seen us speak at PAX or elsewhere, you know that most of our grand projects get mothballed because we imagine there's no way to slot them sideways into our ordinary work. I don't know if we were wrong the whole time, necessarily - we had to meet the right people, and we had to achieve something akin to competence.  Still!  Invigorating.

I'm thinking about too many things. Maybe if I write them all down, they will leave me alone for awhile.

- Remedy is already hard at work on downloadable content for Alan Wake, something I would have bought the moment I finished the game had it been available. The game ends in appropriate thriller fashion, as opposed to Thriller Fashion, which concerns itself primarily with vestigial zippers. It resolves, but doesn't conclude, and does so in a way that has me very curious where (and how) you go on from there. I'm still very confused that people like it as much as they do. I was certain I'd need to invest several days in passionate advocacy.

- I've been thinking a lot about last Wednesday's post, the one about genres - well, more or less - and running up against some problems. That's like any taxonomy I suppose; you start by looking at the creatures around you, attempting to craft broad categories, until one stormy night you're starting into the unblinking eyes of a platypus. We're not quite there yet, as far as this discussion goes, but Good God is genre a Bronze Age tool for manipulating such a freewheeling creative space - particularly at this late cultural hour, where so much creation involves synthesizing known quantities.  Whenever I try to explain something like Defense of the Ancients, I keep returning to culinary terms. What DOTA does is only strange if you're committed to broad, increasingly less potent language. It's a curry, obviously. Obviously.

- Only one day left on the pay-what-you-like Humble Indie Bundle, whose total take has leapt two hundred thousand dollars over the weekend. It's almost every rad indie game your friend Patrick wont shut up about, seriously, he wont shut up, and there's an amazing opportunity to get all of them and be a rad person simultaneously.

get the cool shoeshine 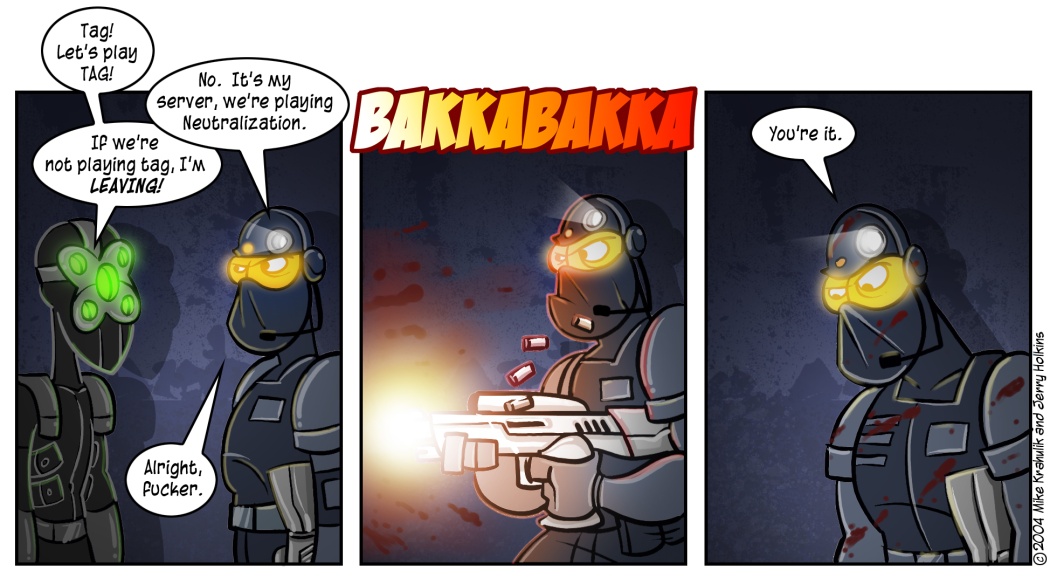