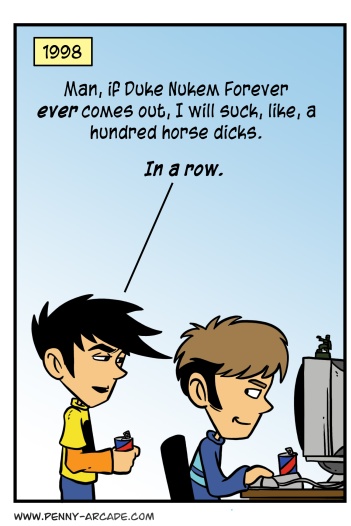 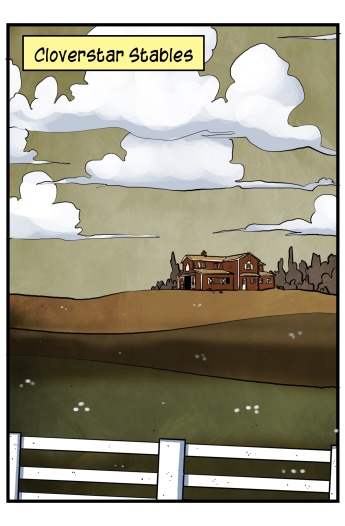 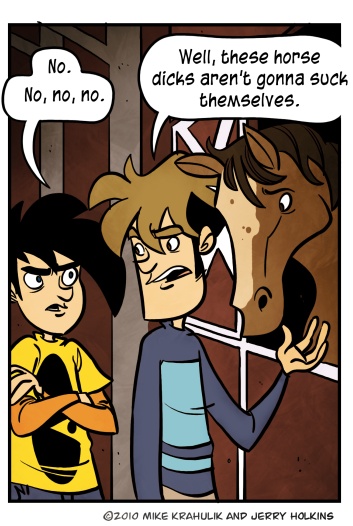 Frequently during panels at the Penny Arcade Expo our own Gabriel will receive compliments on his work. This is as it should be; the visual leap between the first strips and today's thrice-weekly offering is so absolute as to bring the true authorship of the earlier comics into question. You may click here for a harrowing, educational juxtaposition.

Anytime there is a PAX, the Discrete Joy Events (or "DJEs") become crystallized into a single, spherical glorb - and the process of fully remembering the event takes weeks. It's the reverse of Post-Traumatic Stress Disorder, where during the normal prosecution of the day's duties I am struck with the force of an event which becomes more wondrous by the moment as I live it again.

At the Child's Play Charity Dinner And Auction last year, Privateer Press purchased a unique item: a song whose lyrics and vocals would be created by me, with a backing track fashioned by a tangle of Harmonix professionals.  I was overjoyed, because they are a company known for their wargames about wizards and robots beating the shit out of each other, and as a topic that seemed sufficiently metal.  The song in question would be performed at PAX, which I was happy to do, but we had no time to practice it here at the office once it had been authored. This meant that in a show comprised entirely of feverishly juddering parts, there was a gigantic empty space where a functioning gear should be.

What I didn't know was that over the course of the show Robert had been keeping an eye on the Freeplay Stages in an effort to cobble together a crack team that could deliver this song note for note after a single runthrough. Understand that I had not seen Robert at all until twenty minutes before I was supposed to go on, and when I did see him, he brought me three young men, told me there was nothing they could not accomplish in within the confines of the rhythm genre, and then immediately left the room through a door which only a few moments prior had not existed.

From the moment I saw their custom instruments and heard them talking about "notes per minute," I was put absolutely at ease. Bradley, Rylie, and Chris - you guys killed it. I hope you enjoyed the stage.

more awake than is possible 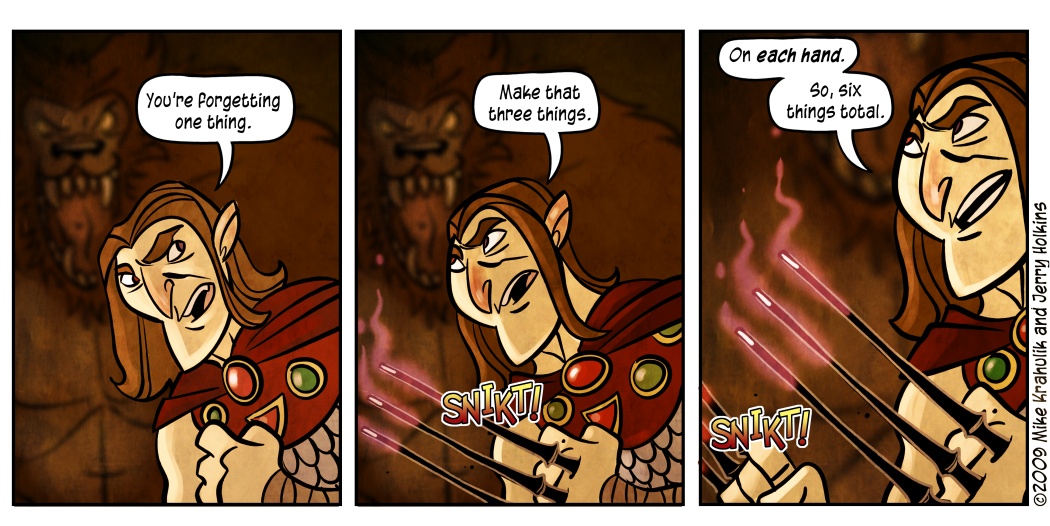