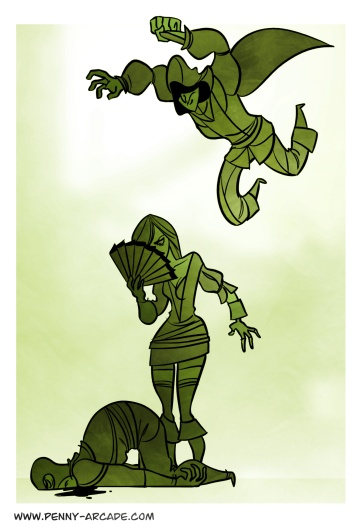 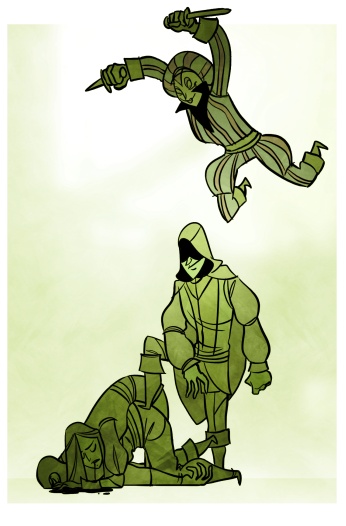 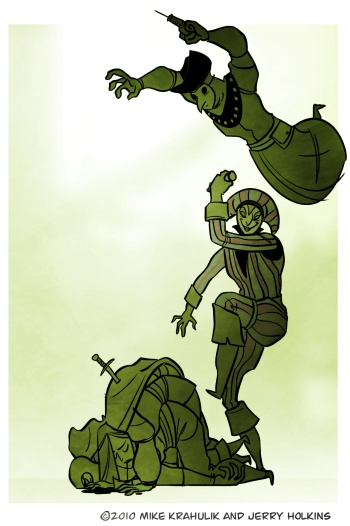 Have you seen the multiplayer for Assassin's Creed: Brotherhood? You really, really should. Yeah, sometimes it ends in a pigpile. This is what happens when you trap eight sociopaths in a murder simulator. For every pile-up like the one depicted though, every exacting period clusterfuck, the natural motion of the players in the space will provide ten utterly unique moments. At least.

I wouldn't even know what tell you about the single player. I played the last one for something like thirty hours by the end, so I clearly like the formula. Also, I like to accept missions from Pigeon coops, but I like to pretend that it's the pigeon itself giving me the mission. I like that Brotherhood begins at the very moment AC2 ends; that's honestly the extent of my knowledge. The multiplayer is too weird, novel, and engaging to reasonably allow me any other menu option.

It's a quintessentially Ubisoft maneuver, that is to say, getting high on their own supply - in callous disregard of Biggie's Ten Crack Commandments.  They've made something beautiful here, beauty practically for beauty's sake, and my fear is that it's just going to languish there, unloved on the disc.  This is the second time they've done something fairly radical in the wild wood that surrounds a proven franchise, which is a weird way to spend your money, God bless them for it. Splinter Cell: Pandora Tomorrow (as a competitive multiplayer proposition) quickly boiled itself down to a fairly small community, many of whom played a variant of the actual game, one that required the observance of rules by both sides that were in no way mechanically reinforced. I found the tension generated by this game intolerable, but I could (and did) watch friends play it for hours.

In many ways Brotherhood multiplayer is a spin on Assassin, a game I used to play with friends in High School, though I imagine that pretending to kill your classmates may be less of a thing these days. After choosing your player model, you drop into a few blocks of ancient city surrounded by tons of computer controlled units that look like you and your opponents. Then, you are given a target - the only enemy you can kill for points. Depending on the mode, you're probably being hunted yourself - and deflecting their unwanted attentions is also scored. Hiding in a group of similar models and having your opponent choose the wrong one - which makes them lose their contract on you, and eats up valuable scoring time - is one of this generation's must-see moments.

You start to get bery good at observing movement. If they start running around doing parkour and shit, you know, human. But if they don't?  If they take their time, and manipulate the social systems?  How about that guy? No not that one, that one. The one with the... Yes, the one who is now inserting a syringe filled with caustic fluid directly into my iris.

This is a big part of what constructs the overall feeling. It also works in reverse. Any other game, seeing your target in the distance is a Call To Action; in Brotherhood, the smart play is almost always Restraint. Matches aren't that long, and stalking can be time consuming - these things conspire to make kill quality vastly more important that kill volume. You unlock Ezio's Hidden Gun fairly quickly, but the points it delivers are anywhere from a fourth to sixth what you'd get respecting the aesthetics of the process.

This is one of the most exhilarating "exhibition" games in recent memory, something played to be watched, where observers have as much or more fun than the performer. Having others along with helps stoke the paranoia that fuels these rounds, and I say rounds plural, because it's entirely possible you won't be able to stop.

the other night i dreamt of knives 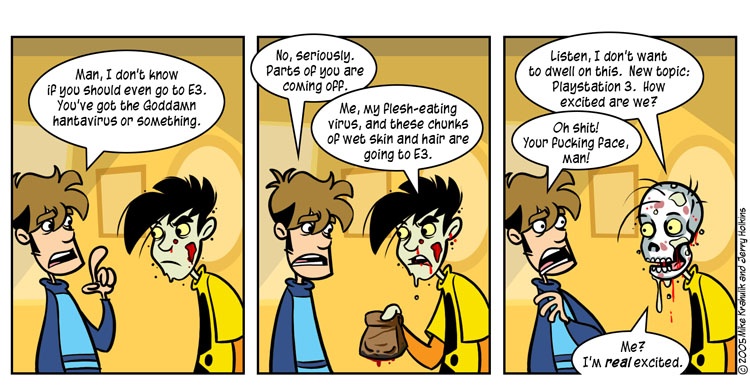