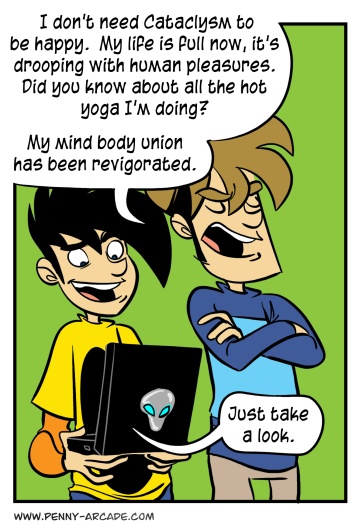 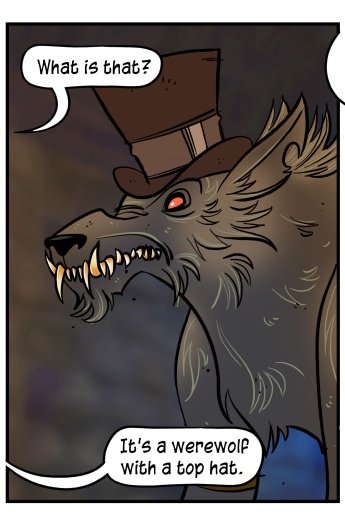 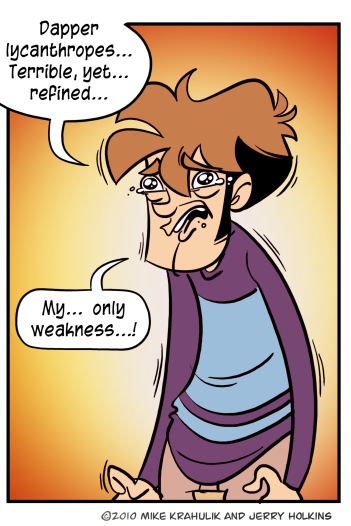 I have thus far managed to avoid the swirling vortex of Cataclysm, even as my friends disappear into it one by one. They do make it hard, though. They make it so hard.

You read an article like this one over at Eurogamer - "What can Topple World of Warcraft?" - and nothing that even looks like an MMO comes readily to mind. That is partially because of the head start, but it's also that World of Warcraft: Cataclysm is in a very literal sense not the game that launched as World of Warcraft in 2004. If you have a good idea in your game they will just take it, adding your uniqueness to their own. I think it would be easier to topple capitalism itself; competitors may want to start there first.

When you saw Epic Citadel, you were probably as horrified as I was. The technology at play is almost more unnerving than it is interesting; you don't really know what it takes to make something like this happen, and you're not sure you want to, because you don't want to be party to their sorceries. About the only thing you could say about Epic Citadel that was not laudatory (or simply a soundless cord of stretching drool) was that Epic Citadel was not, strictly speaking, a game.

At six dollars, Infinity Blade - what happens when Epic Citadel is all growed up - is a king's ransom compared to most games for the system. The reason becomes obvious very quickly: it runs on every iDevice 3GS and beyond, and it looks like it could be running on the PS3. It's got a cool recursive hook that provides a optimally calibrated narrative threshold, neither to heavy nor too light for a game that lives on your pocket and could be interrupted at any time by a call from your mom.

You should buy it just to freak your friends out, that's reason enough, but the fact that it's fun in addition to being a technical and artistic feat drastically escalates the Purchase Factor. Swiping sword combos, hinged on light exploration and satisfying timing-based parries, dodges, and blocks; loot, customization, and progression. That this is their first shot out the gate is incredible. I've had fun with several games on these iThings, true, but I'm rarely surprised. That is no longer the case.

ready to fly on the streets