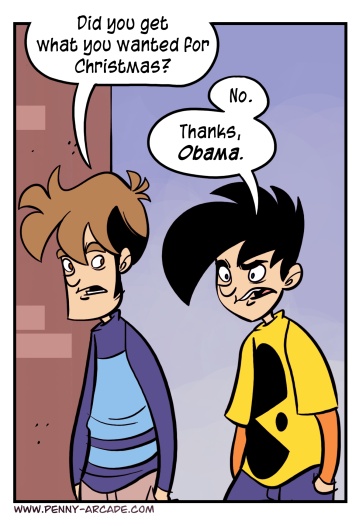 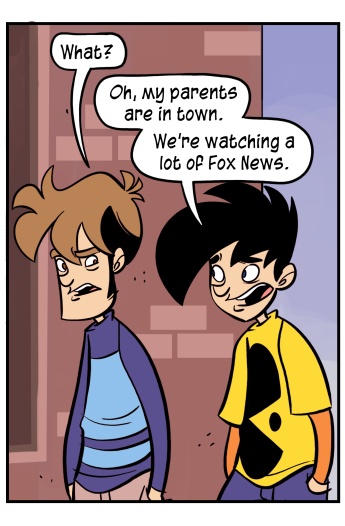 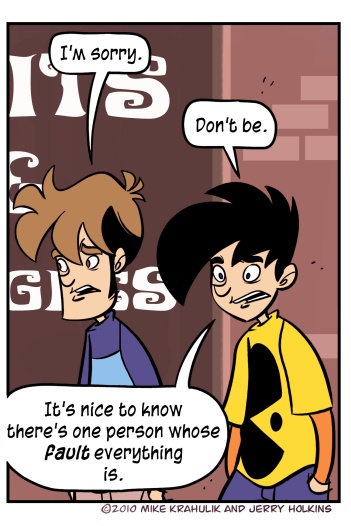 This was easily the most Adult Christmas that I've ever experienced. I got a juicer, which does not indicate youthful vitality, though it may allow me to concoct an elixir that will restore some measure of my lost vigor.  It does have a sort of baroque, industrial look, though, and may find itself used as terrain.  I also received a coffee roaster, technically a replacement for my old one, which is another hobby of mine that rarely bobs above the surface of the site.

Outside of our compilations, we rarely investigate the Sausage Production aspect of what we do here. We could, but I operate under the assumption that there are many, many things more interesting than ourselves, and thus far this has been a strong play.

Friday's strip travelled far and wide, which means that it must have spoken to many people, probably in a way they didn't like. You might be interested to know that the line which begins the third panel (and thus converts the strip into a barb about belief) is not mine, but Gabriel's. I would never say something like that to him, ever, let alone submit it for use in a comic. He kicked me out of his house thirteen years ago for suggesting that angels were stupid, and we haven't had anything approximating a discussion of his particular Lord since. What is the profit in it? I am one of the "good" atheists, which is to say I allow people their nonsense to the extent that they allow me mine.

My mother, though, absolutely - I never let up. When I was driving her home from the airport, I converted my car into a kind of mobile interrogation unit/convection oven with an hour long, wholly inescapable interrogation about the precise theological coordinate of my dangerously gay sister. We talked about the specific definitions of Greek words, why Paul was kind of a douche anyway so who cares, and the extent to which she was abrading the withered twist of a family we have left with this shit.  Fuck yes, I will fight.  But not here, and not about this.  It's funny that Gabriel is more willing to express what I think than I am, but there you have it.  Mysteries like this course in magic rivers throughout the universe.

I quite purposefully obscure my actual beliefs here, unless I think that my actual beliefs will amuse you in some way, in which case I tart up some core pillar of my conscious mind and present it for your ridicule. My job is to be noticed, and like any entertainer at their core, I don't entirely care why. I may prefer on some level that you have some buy-in to the man of erudition I play on television, but if I think you would be pleased by my receipt of a shovel to the head over and over be certain that I will spend lot of time choosing the right one, paying close attention to both the grain of the handle and the terrible arc of its descent.

loneliness is not a phase