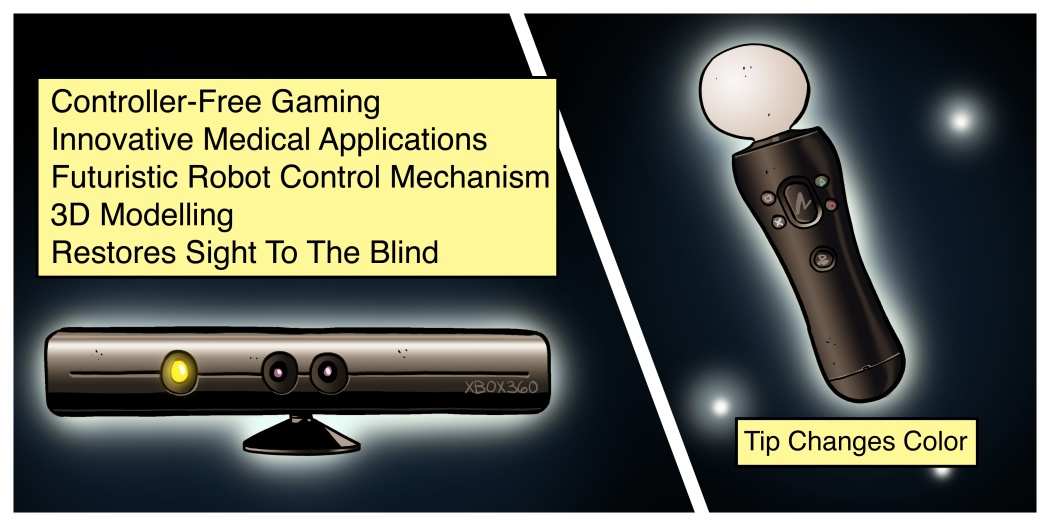 We continue to be shocked by the increasingly ridiculous, often ingenious purposes human beings are putting the Kinect sensor toward. I don't understand why this is happening, other than the Internet is rad, and it's put a lot of fascinating, comitted people in contact with one another who have subsequently merged to become Amalgama, she who is The All-God.

You don't have to wait for any other site to link you to what's happening, now, you can just go to Kinect Hacks they way they themselves do and (in effect) peer into the future. I don't just mean the future of content on blogs, I mean the fucking ineffable Goddamn future. You can watch some cyber-shamans writhe until music comes out. And you don't ever have to stop watching it.  You can craft an entire identity around these watchings, and have that be your thing.

This is way, way past Microsoft right now; this is the unplannable event. It isn't really theirs anymore, not in a real way: the promise is vested.  The richness these innovators are tapping into has to do with access to a full bandwidth stream from the device coupled with the power of a modern computer. Could they even capture these uses if they wanted to on the home console?  And even if they could, do most people want to inhabit digital sound showers (or whatever is cutting edge at this exact moment)?  I don't mean, should they want to - the answer to that is obviously yes.  But do they?

What's next will be something to see, certainly; not a sideshow version of the prime interface, not the work of some rogue cell, but an experience which assumes gestural control the way rich presence or voice chat is assumed today. I don't know what that looks like, exactly, and I'm not sure they do either, but I do think that when they look back to 2010 they may find it difficult to stifle their laughter.

with the stars on their shoulders