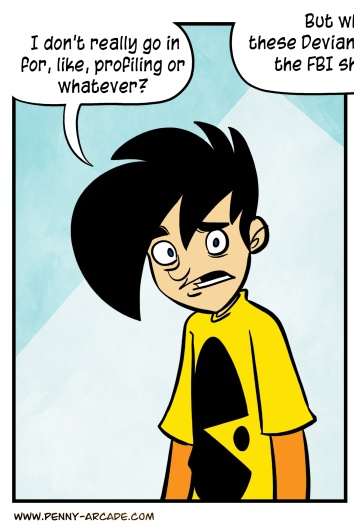 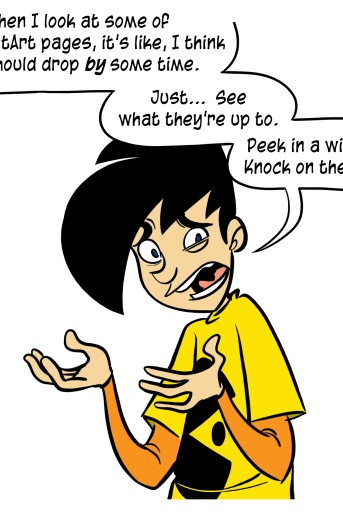 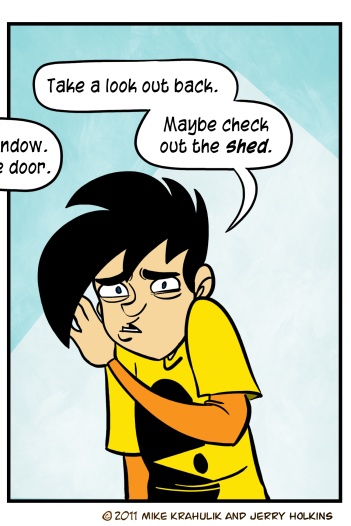 Gabriel has a hunger for DeviantArt, and maybe even deviant art, or at any rate an appetite for the art of deviants; I have been made to absorb more than one cache of unique offerings on his assertion that I have to “come and look at this,” because it’s “so weird,” but when I go over there a pool of cooling saliva has already gathered on the surface of his Wacom, and it is connected to his mouth by a hair-thin column of glistening spit.

Presumably on account of its “weirdness,” he just sent - to the entire office - a link to a DA page that featured

There’s a theme there, but it’s hard to put my finger on it. Anyway, there’s a lot of incredible material on there that is very much in the “Exhibit A” type vein.

While listening to the radio this morning, I heard some pretty real talk about the Sony thing - interviews with real, live Gamezorz about what it means when something you have purchased has key features which simply disappear. I can’t even imagine the fear they are feeling in their underground bunker at Microsoft, how many pizza men have been sniped just on principle.  I'm sure they are eating things out of cans without heating the contents, cutting themselves occasionally on the serrated edge.  I saw a truly amazing article on Krocataw that suggested that no networks anywhere were safe ever, but to keep using them every day because you have no choice.

That was an interesting perspective.

Then again, it was from a person who makes their living offering security services.  Maybe that’s just what his sales pitch looks like.