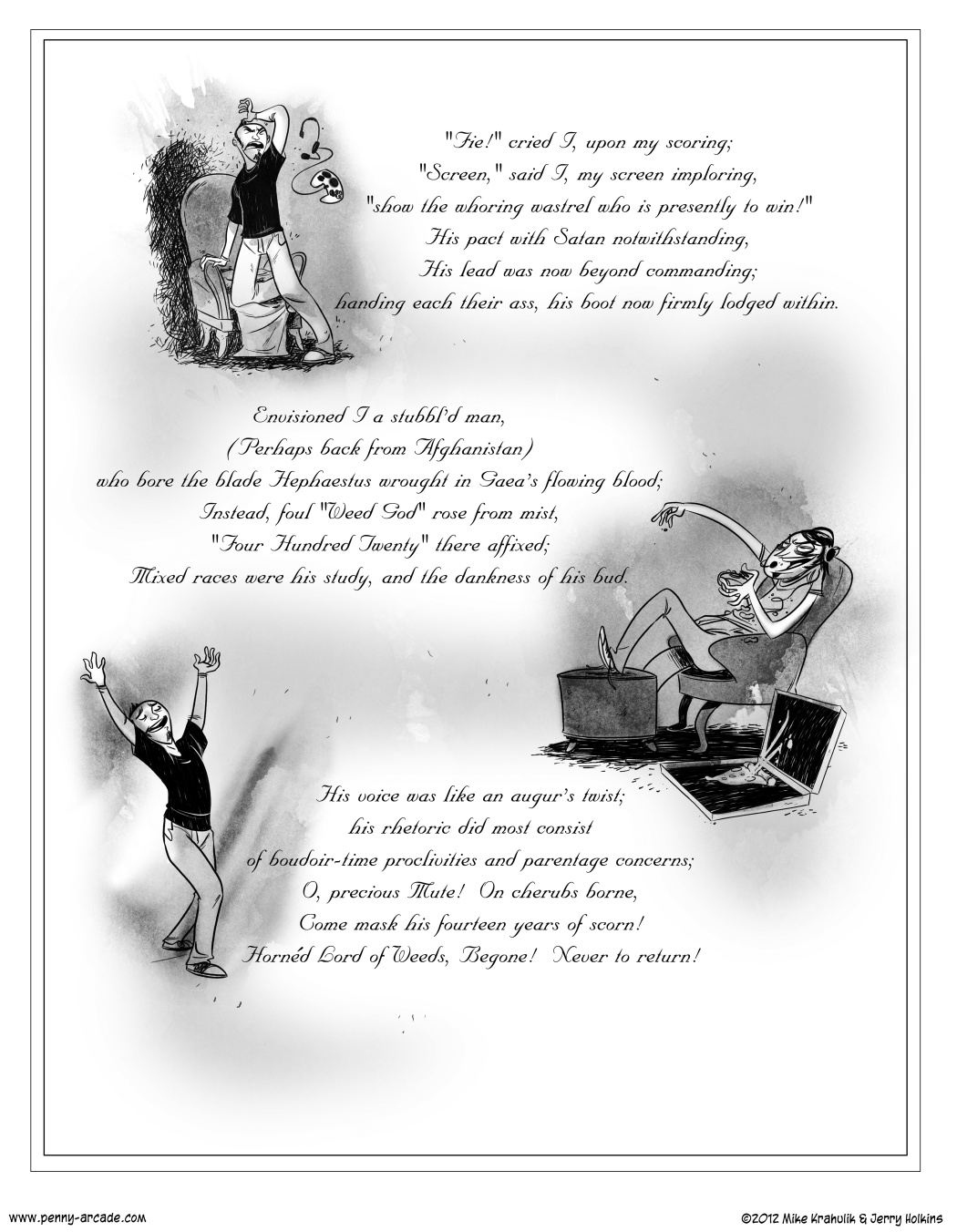 It had fully been my intention to hold out on Modern Warfare 3, but if Robert drops a copy on my desk in an effort to catalyze the ancient ritual I'm not going to tell him no. We have enough people that we could very easily play nothing but Private games forever. And that's more or less what we do.

These are some tremendously, almost unnaturally refined shootin's, they are the HFCS of shootin's, and even in the absence of the game's horrifically optimized progression mechanisms they confer an entertainment payload. But those systems still exert a call, and occasionally we descend into the mire. Very occasionally, but not occasionally enough, which would be never.

Ever is probably too often. There are a couple reasons; one of them is almost an anomaly in the medium. Quake, Quake II, and Quake III have almost nothing to do with one another: these games are sequels only in name. By comparison, Call of Duty games since Modern Warfare share a kind of vital blood from product to product. The skills are much more transferable from game to game, and believe it: they're getting transferred. I was more or less competitive a couple years ago, but look at the fucking stats. People never stopped playing "this game." And they haven't, for years.

Losing in games is something I expect, though. Losing in general. I'm a loser. But I made the mistake of remaining in game chat, instead of retreating to an Xbox Live Party.

I use parties even when I'm playing by myself - I use them as a Mute All feature for the entire service. If it also allows me to invite people in and play, well, that's a nice side benefit. But it acts as a kind of carapace that protects me from the fucking corrosive bullshit in that environment. I offend people more or less for a living; I've constructed a comically elaborate ethos that makes it okay. I'm difficult to offend as a corollary to that. But that's it - that's really it. I haven't been in general chat since parties were invented, and I'll never go back. I couldn't believe what I was hearing. I wouldn't even know how to contextualize it. Obviously, it was racist and aggressive and bizarre. But it was also... filthy, and I don't mean that as a mere euphemism for dirty by way of naughty. I mean that it was septic. I mean that something in my unbidden animal mind told me to avoid it.

Gabe wanted to communicate the ultimate power we have over these Goddamned beasts in the most elaborate way possible, and I was happy to oblige him.