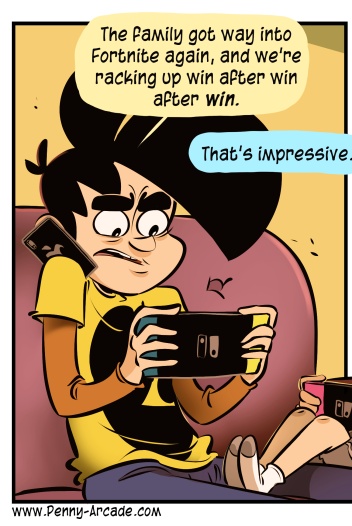 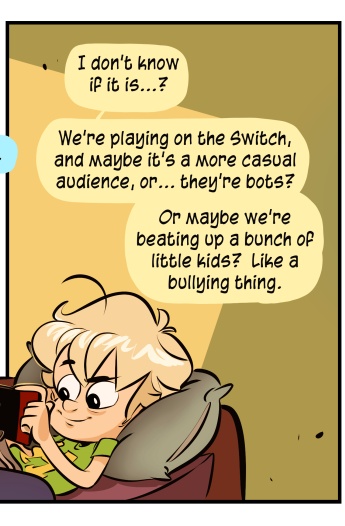 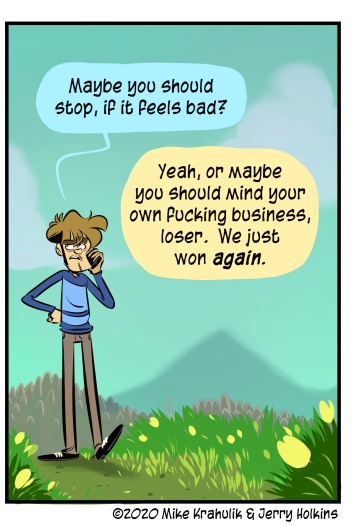 In my ongoing efforts to understand what in the fuck streamers are talking about, I occasionally disappear down this or that rabbit hole regarding auto aim or crossplay or bots or some other thing in Fortnite. I tend to emerge from these rhetorical thickets dumber than I was when I climbed in. So I don't know exactly what Gabriel is experiencing in the Switch fork of Fortnite, and it might not matter very much, but there's a case to be made that purely as a user experience BR games should throw you a bone every now and then.

During the LAN parties I used to attend, our crew was so malevolent, so given to the worship of Ares, so thirsting for rich blood that our foes would occasionally become demoralized by our feasting. They would look down at the catoblepi slurping their steaming intestines and wonder to themselves if this state of affairs truly constituted a "leisure activity."

Thus did the Cat/String Complex (CSC) come into play. Cats get bored when they never get the string. We would throw the occasional game - or maybe we'd tell ourselves we did - to maintain the fraught rapport competitors dwell in. But for a BR, as a design principle, it's kind of powerful. I know that I have a pretty hard time getting into a new Battle Royale game, because it's pretty Darwinian as far as, like, "play" goes. I think about how freemium games hijack our cognitive processes, and it seems like if I had a couple experiences like that - ones that gave me a sense that Maybe I Had What It Took - I might come back once or twice. As it stands, I think I'll just get back into Astroneer.

My best friend Mike Krahulik will be taking over the 2pm PDT slot for his racing shenanigans today, while I drive and drive without stopping in the Real World until we get home. His weapon of choice is typically iRacing, but he's been talking up Assetto Corsa Competizione and Formula 1 Game too, so who knows where we'll end up. What you can expect is for us to continuously embroider our potent Gabir Motors Racing IP on every axis imaginable. Say hi on stream at 2!