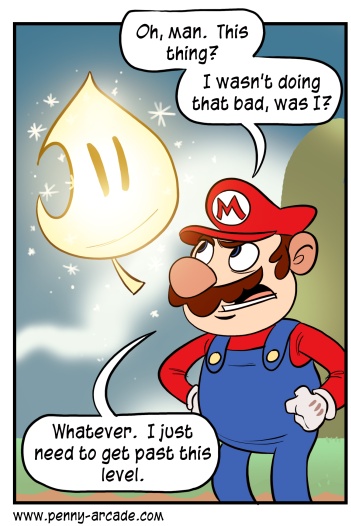 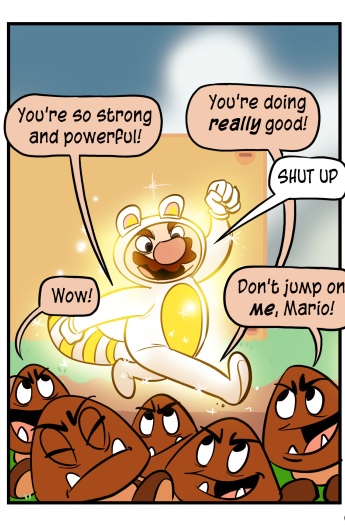 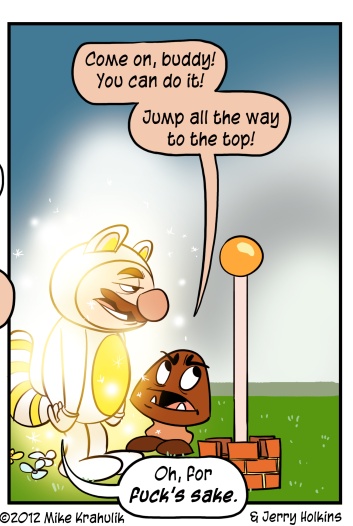 As suggested previously, Super Mario Land 3D is a game you can own for your 3DS. What's novel about it, supremely novel, is that you will actually want to.

One of the stranger things about Super Mario 3D Land is that I play it with the 3D on almost all the time. I do this even though the field of view clips often, and I almost always turn it off in any other game. What became clear as I way playing it was that the 3D adds a lot more to a game that is actually good, or in any case it detracts less. We saw a kind of motion controls "gold rush" on the Wii where many, many companies integrated the feature in a crass, thoughtless, or nominal way - it's a process we're seeing again with Kinect. 3D is no different, and just as it was before Nintendo has to show people how to do this stuff.

After being eased into Super Mario Land 3D with a series of levels which are not horrifying, the punishment can and will begin in earnest. Defeating these while also collecting their three star coins will test you. Indeed, upon missing that same jump that you missed many times previously, you may find that a magical leaf has been provided. This leaf is a kind of Super Tanooki Suit, which transforms you into a kind of sparkling megaraccoon which cannot be harmed. You don't have to take it. You can just leave it there and continue to fail again and again, as you have so miserably. But the strong implication is that you need this leaf very badly.

You will most likely accept it, but you won't like it; you'll resent the leaf. You'll feel the leer of a Koopa Troopa hot on your neck, its beak curled in disgust. You'll get to the end, you'll get the flag; you'll tick your adventure forward one Standard Destiny Unit (SDU). But a taste will accompany the proceedings.

This taste will be bitter.

in no kinda way 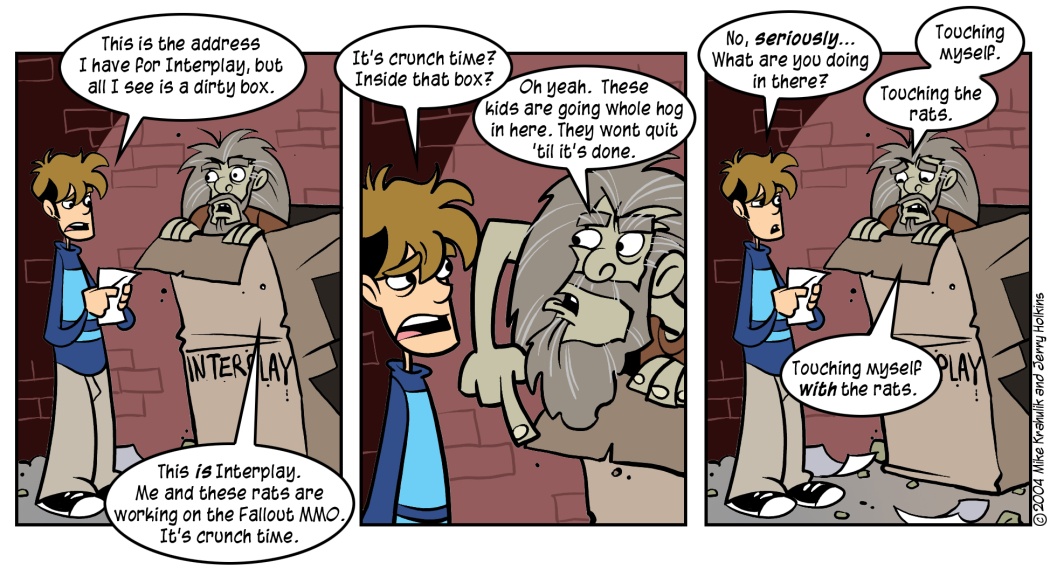