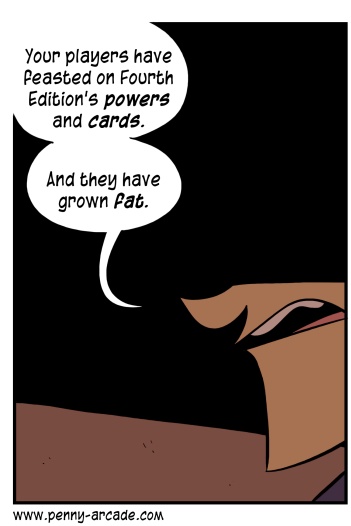 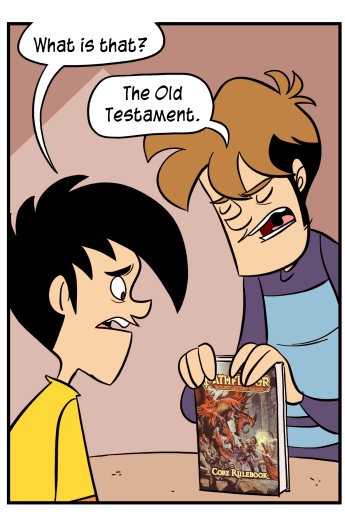 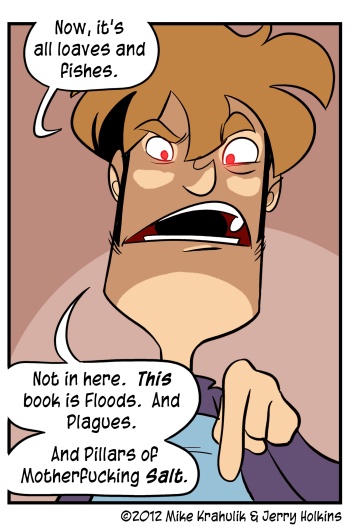 The challenges of player power in Gabriel's campaign ("Pursuit Of Destiny," which I always liked as a name) are such that we're hauling in ideas from every attainable source - availing ourselves of every lash, every hot brand.

This is the phase, a relatively common phase for roleplaying enthusiasts, that he never had. He never needed to; he was exposed early on to a system that worked for him, and his players were new to the form as well. Starting late, and beginning his career as a Dungeon Master, he never toured those other ways-of-doing. He had no Buck Rogers phase. No Robotech phase, and hence, no mega-damage. No Paranoia phase. No Savage Worlds phase, no Burning Wheel phase. No Deadlands phase. No Wraith, no Vampire. One game of Mage.

Seventeen years ago. I tried, people! I tried.

So there are many ways of dealing with what are classic problems, drawn from a host of different inspirations. Have players control a stable of characters, so that true lethality isn't synonymous with Game Over. Alternate ways of dealing with criticals. Combat as an elemental, almost abstract element. Less ornamented systems that focus primarily on table rapport, or more strict, simulationist approaches that focus on broad tactics. Fourth Edition suffers under an especially heavy yoke when it comes to power creep in our experience, and after so many expansions there's a lot of homogeneous abilities and uniformity as an ironic result of having so many options. I still think it can be fixed, but I am sometimes accused of optimism.

Changing the engine of a campaign while the car is in motion is a tough sell, which is why the hiatus gives us some opportunities to approach these concerns in a broad way. You will note that the blade of a guillotine is also broad.

in such mean estate