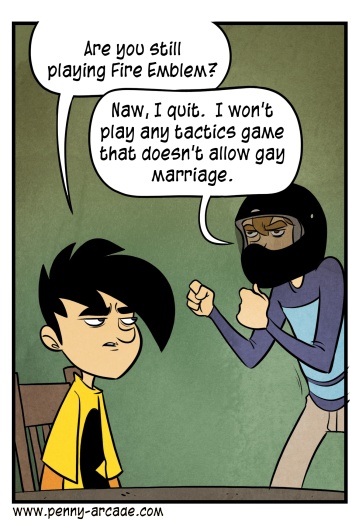 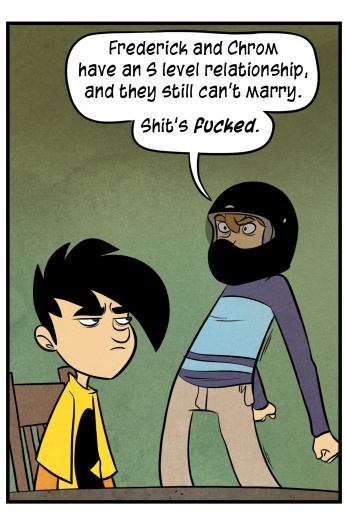 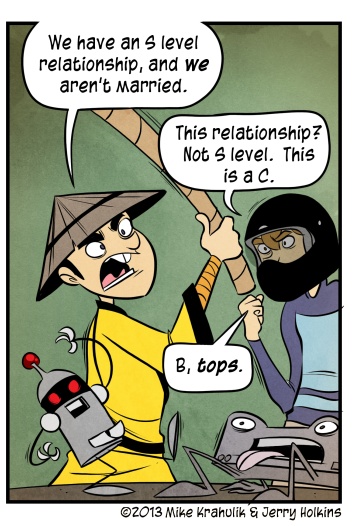 The weird thing is that if I actually wanted to hold to the idea that I only play tactics games where Men Long To Sweat Together Outside Of Combat, the only tactics games I'd be allowed to play would be earlier versions of Fire Emblem. Well, and XCOM. My XCOM headcanon states that the biomodifications which allow them unmatched battlefield prowess also flip the genetic switch that makes them want to get all the way up in that ass. In addition, potent "revigorator modules" allow soldiers to fuck for ten days without food (three without water).

We're supposed to learn "things" about the next Playstation today, but as the Playstation 3 has largely become the "exclusives box" the Gamecube once was in my house, Ni No Kuni has been teaching me plenty about the existing hardware that I'm ready to do away with.

Controllers that frequently lose their connections or lack removable batteries are not a "thing." Frequent updates without even a pretense of feature additions aren't a "thing." I could pay them to update it for me, but the other option is that I could not do that, and that's the one I'm gonna go with. Hamstrung online services in game, limited chat and invite options, and nonexistent party functions aren't 2013, let alone the previous years. Outside of the prodigious and brilliant work of its wholly owned subsidiaries, the console never got any better. It never had anything approaching "Xbox Live, but free." The Playstation Move didn't. Maybe now that we're getting a successor, people can say true things about the existing system without hurting them fee-fees.

The "home console" is now the snapping jaws of a mystical Service-Beast. It's the only way to exist in a world where people walk around with portable supercomputers. They dropped the ball last time, but it's just there on the ground; it's been pecked at a bit, there's less than there used to be.

But Goddamn if there ain't enough to fight over.