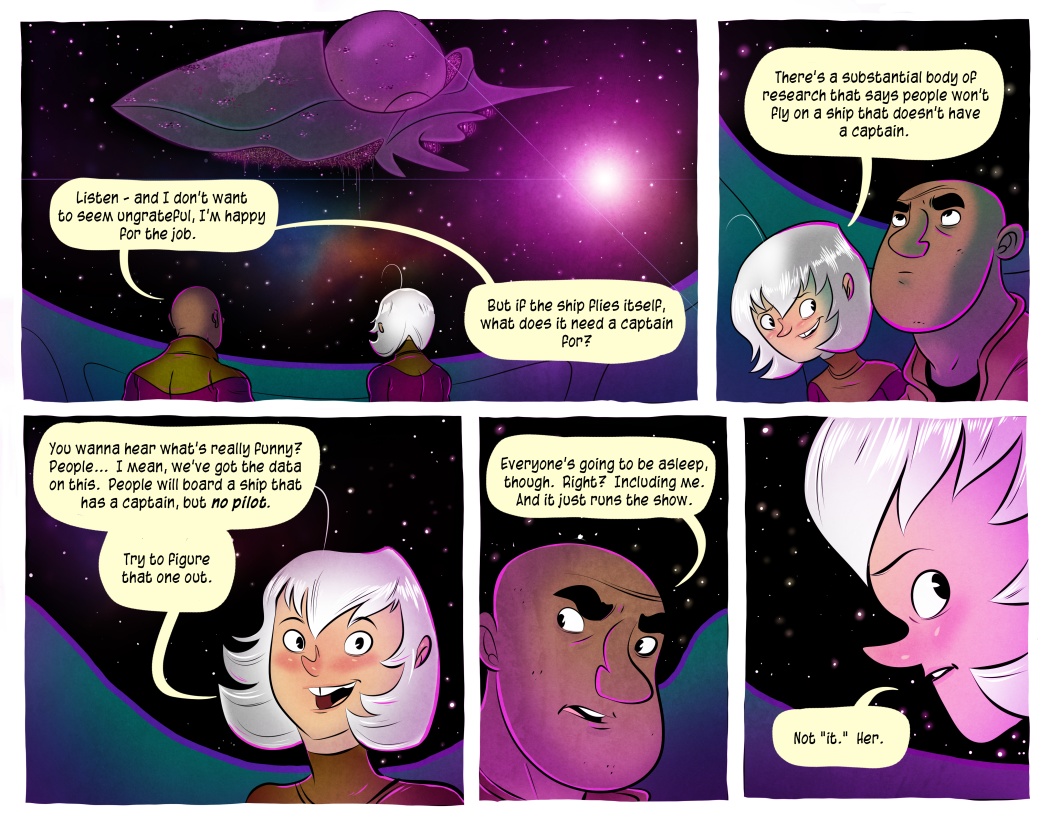 I have learned a lot in the last few days.

I became acquainted with the ever-returning savory phoenix known as Vegemite. I learned that there is a song associated with that dark ichor. I learned that I sign things with a "texter," as opposed to a marker. Most interesting to me was learning that the update schedule I thought I was keeping - the one I've kept for the better part of fifteen years - is wrong. The strip actually goes up in the evening, not the morning. And the post arrives on Tuesdays, Thursdays, and Saturdays.

I've tried to help my son understand this last bit, something like ten times, but I can't get it to take. He thinks of time as something immutable, as opposed to a tool we have made. When you look at how the the actual time zones are laid out, it looks like a kid drew them.

From two different people, I learned the words "frutescent" and "scripturient." At first I thought he said "scripturion," like some some kind of word-warrior, and I reacted viscerally. Alas.

These things all happened at PAX Aus, the first such PAX, though certainly not the last. I don't think this is something people entirely understood, and I want to make it absolutely clear. The overriding impression I got from the attending throng is that they're so used to being passed over that they expect it by now. It's the default. I had more than a hundred conversations that culminated in a variant of, "So, do you think you'll be back?" This even happened with the new Enforcers, who destroyed themselves to give Australia its own show. Do you think you'll be back? They seemed to think I might be scared away by the rain, or the cold. I had to remind them that I'm from Seattle. I need rain; it's how I keep my scales so moist.

There are certain things about a show and a city that you can't know until you try it. Eventually you need to smash all of those abstractions into unfeeling reality and see what happens, which is what we did here. I have never been hailed with such gracious regard and sincerity in any place I have ever been to on Earth, and we'll return next year with an even better show. There are three PAXes now - one in Seattle, one in Boston, and one in Melbourne. That's... I mean, that's what's up. That's what's going on. This is the truth zone, etc.

Sand, Part Four is the one where... hm. You should probably just go look.