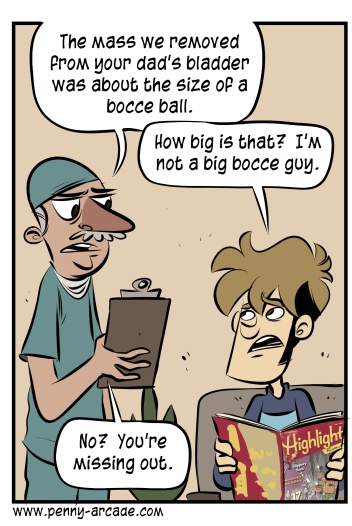 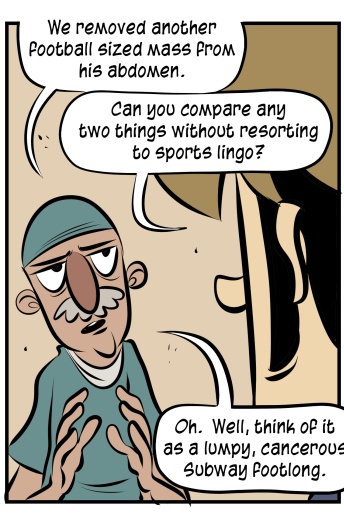 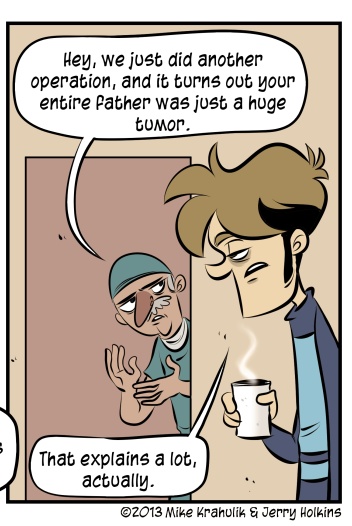 He never really knew what to do with me, and I never knew what to do with him, except to use him as a counterexample. I'm still digging out the shrapnel of this policy. I used him like a die, to cut out a new person who would be in every way his opposite. If he would hurt someone with his fist, well, I would find another way.

I had come back from visiting him once in the hospital and I was too out of sorts to make toast. I couldn't figure out the toaster. I was pushing buttons but I wasn't really looking at them, and I realized that I had done a good job making an anti-him in most places but he was the one who taught me to love games. He taught me how to play chess when I was four on a beautiful pewter chess set he got when he was in Germany, the same one house guests would eventually leave in the rain, fusing the pieces together. You're here looking at this because games had been useful to him and he made them invaluable to me.

He was the oldest of eleven kids; in a house like that, games were probably a blessing if not an explicit survival tactic. He had brothers and sisters young enough for me to play with, and we did: they taught me about Dungeons and Dragons, which I never really stopped playing, regardless of what I might have told my mother. They had a game that was like Hide and Go Seek, you played it in the woods, except it was more like Seek and Go Hide. One person hid, but they would leave clues behind them they had torn out of a little notepad.

He's still playing Monopoly, Yahtzee, and Risk. I tried to tell him on the phone, I said, Dad. Listen. If a new Die Hard came out, you'd go watch it, right?

I was angry at him for twenty years, but I can't be mad at the bent up shape on this bed. He isn't the right size; he looks like a boy. I tower over him and it is hard to understand how that could ever be. There is a button he can push when it hurts him, and he is always pushing it.