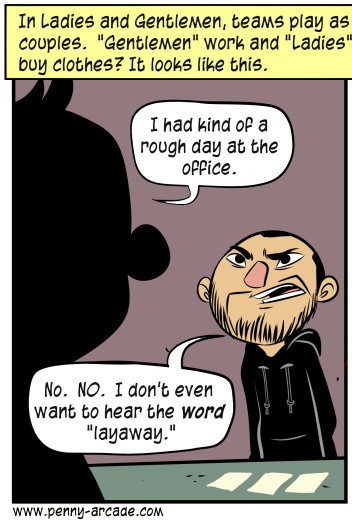 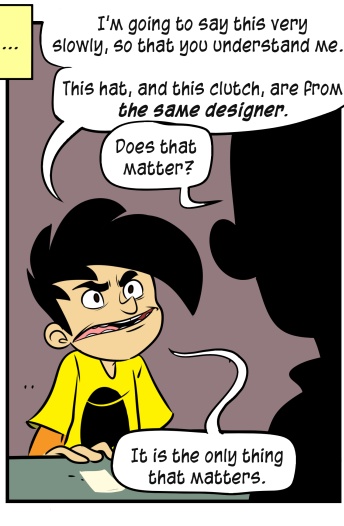 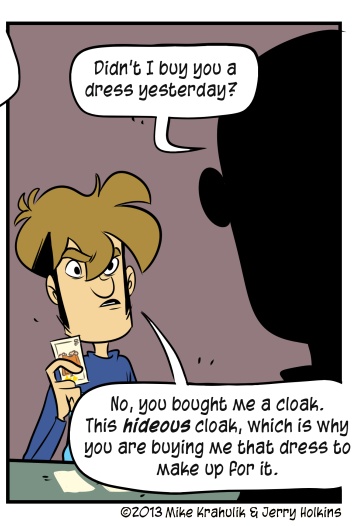 Most people I know arrived at Ladies & Gentlemen via the video by Shut Up & Sit Down, which is one of the more interesting things I have ever seen situated beneath the review aegis. This is another new game we played at one of the Kickstarter gaming nights, and the experience - what transpired both by and between the rules of the game - was memorable. To put it lightly.

It's my recommendation that you watch that video, because they are great, and it is useful. And also because, quite intentionally, we played it in a way that did not give us access to the entirety of the rules. As Ladies, we more or less made the Gentlemen set their game up on a completely other table at the other side of the room. I saw the video months ago. To this day I don't know, nor do I care, why they leave or what they do while they are gone. What I care about is how much money he has brought home with him, and how much better he did than everyone else. The first bit determines what I can buy, and the second can determine whether or not I get a fresh look at a shop's merchandise or if I get there after it's been picked over by some ragged trollop.

They knew nothing about what we were doing, either - not really. During the day, we influenced the stock at our favorite shop, and decided if we wanted to go there or to some other place we had heard of. As far as what the things we bought meant, they had no earthly idea. This came up later, when I realized that almost two hours after we'd finished playing I was still thinking about shoes and bags. The objective is to be the most elegant lady at The Ball, and everything you purchase is rated toward that end; you can also secure servants to get the most out of your Jesus fucking Christ. My mind is still spinning with it. The theme on this thing is thick, and everybody knows the tropes.

Because we had equal teams, or… couples, or what have you, we couldn't make use of the Courtesan, who acts almost as a third "faction." Also, because it was our first time, we didn't make use of Gossip. At least not in the form of actual Gossip cards. We gossipped more or less constantly and established savage cliques and were not ever good or nice. But we looked impeccable. Some of us, at any rate. Actually, only me.

And, oh man: we've been through the rabbit hole on this Krosmaster: Arena shit. I'll let my cohort fill you in.