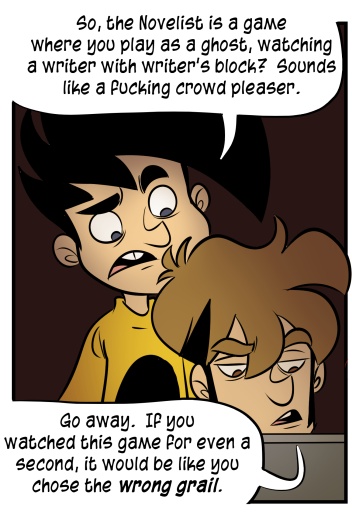 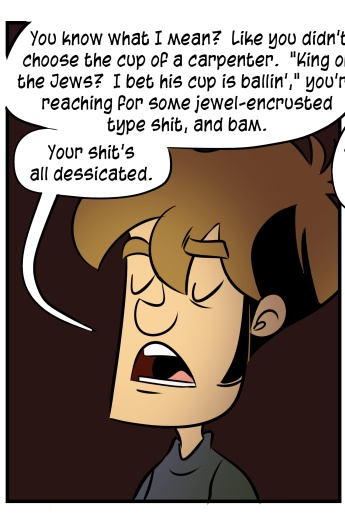 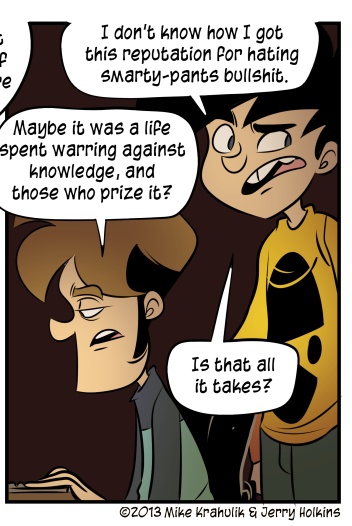 My "tastes" as regards virtually anything - even for mediums that cannot be "tasted" in any traditional sense - are, um... broad. I have used the baleen metaphor previously, and The Vinegar Tasters, but essentialy it's an ongoing, active effort to decouple my own propensities from what I'm willing to try. My natural enthusiasm is sometimes "right," but not always, and discovering the geography of that middle place is what I like best.

But The Novelist isn't even that far outside my wheelhouse; it might even be a relief map of my actual fucking wheelhouse. A writing-focused game about writers that only writers could possibly enjoy, and even then. It's definitely not in Gabriel's wheelhouse. Imagine flooding Gabriel's wheelhouse with plaster, allowing it to harden, and then breaking the wheelhouse away with a hammer and a chisel to reveal its precise, volumetric opposite. You can play it in a more gamey or less gamey way, these are not the actual names of the modes but their intentions, and that's all whatever. People like to walk through environments and be told a story with a modicum of genuine or nominal interactions, or they don't. This isn't something I lose a lot of sleep over.

I don't know how it came to be this way exactly, how our necessities and deficiencies came to be so suited. I don't know if it was in the template originally or if things simply grew together. I was reading the manual for Sails of Glory last night, from Ares Games, a game which you may have derived concerns naval warfare. There is a rule that describes the rigging of two adjacent ships becoming entangled, and the effects this has on the movement phase. "Good God," I said. "He would hate this!" And I smiled, because it is my job to be the Not Him. And I am very good at it.