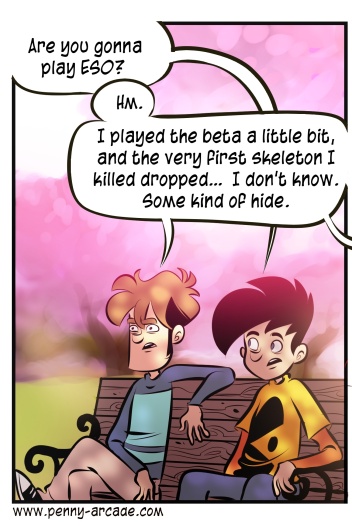 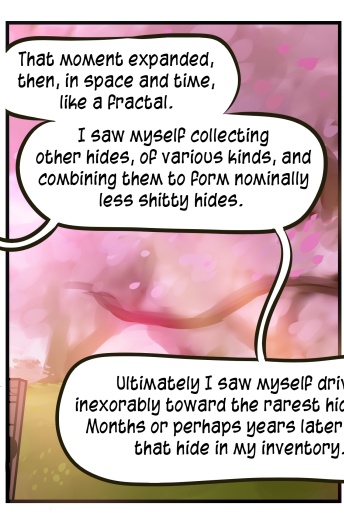 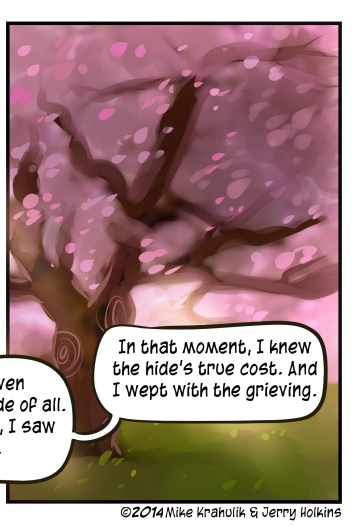 There was a period of time in which I attended so many weddings that I had to struggle to remain in the moment at them. I have this problem anyway, my head is like a balloon with only the suggestion of a tether to the neck. Eventually, as I suggested at the time, I couldn't see individuals at these things. Every time the ritual was performed, and performed hence, I only see the underlying interplay of immortal symbols.

It is like this with "massively multiplayer games," also. World of Warcraft ate the core out of the experience,gutted it, so no matter what the shell is, eventually I arrive at a place where the spine of it is so fucking bare - its manipulations so transparent - that I sit back in my chair, and push the keyboard away. I sit like this for awhile.

I bought a copy of installed Elder Scrolls Online as soon as I'd written the comic, because I think things will be that way, but I have a responsibility to verify that.

It's visual style isn't expressive in the way that gets Gabriel going. I'm not going to say that's a failing on his part: aesthetics are necessarily matters of distinction. Indeed, when it comes to the assessment of visual stimuli, I'm happy to leverage his pristine devices. But I don't have the same requirements he does for my own time. It has a very strong sense of physicality, of… place-ness, I guess, so I think the normality is purposeful. The quest chain I'm on is one of the most organic, pulp adventure deals I've seen. It's also probably the most direct, active fun I've had swinging a sword in an MMO. But a body gets scared (see above).

I'll let you know. I mean, I'm not happy about it; I don't want to feel this way. I would love to find a way through it.

I remember reveling with friends in those worlds, but I am not who I was then, and in the interim - via an alchemical process which may be known to you - I was party to the creation of one or more sentients, whose time requirements "dwarf" even those of the most elite raidz. The inescapable Triple Goddess in this context is Continuity, Synchronicity, And Time, and her yoke is great. 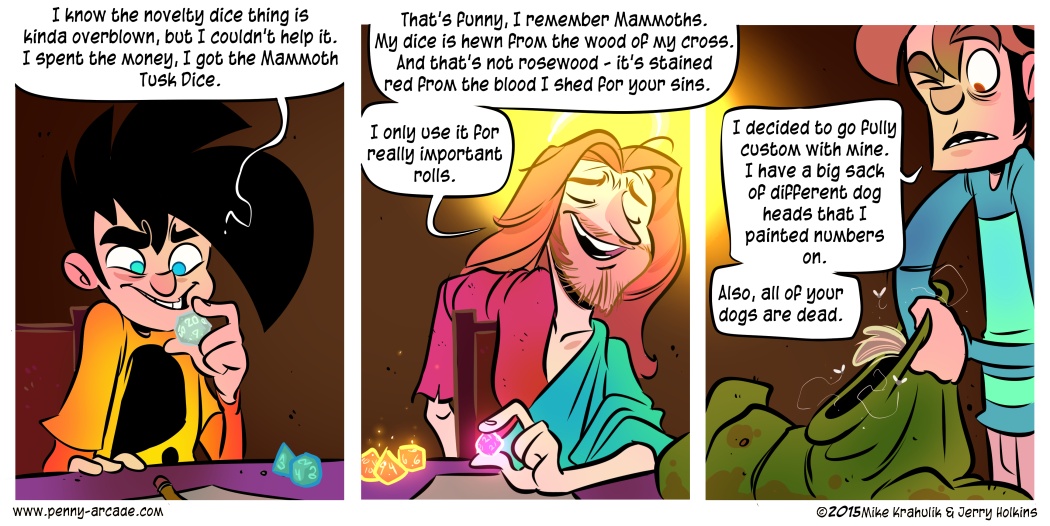