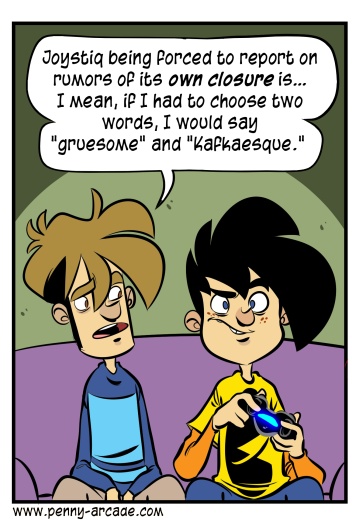 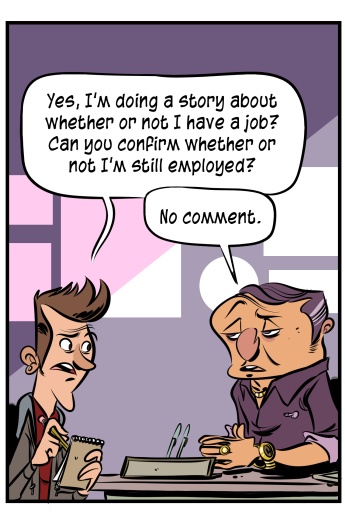 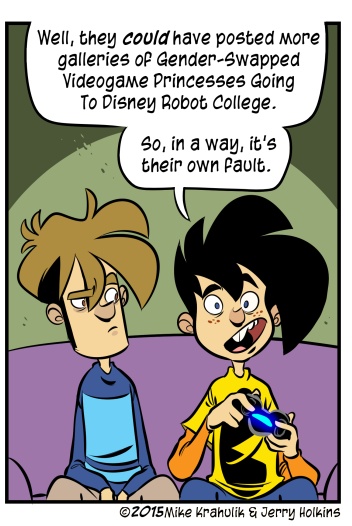 One function of age is that you have the "opportunity" to perceive cyclic phenomenon.

You might have noticed that videogames are bad again, something we've seen once already just in the lifespan of the site. My perception is that these events are occurring closer and closer together, like Spider-Man Reboots, because these eruptions result from communication which we have more of in raw terms.

What I am trying to say, and not well, is that Joystiq folding ("being folded into Engadget," which was my theory slash hope) can't help but remind a person who's been around awhile of the pruning and blooming they've already seen. I have to say: it's feeling pretty 2001 around here. And I think there's still plenty of momentum in this scythe.

We saw the rise of community news, which existed alongside the digital arms of print publications, and ultimately supplanted both their digital arms and their physical counterparts. In the middle place - and this is starting to sound a little like scripture - were founded the Blogs, which serve the same ecological purpose as carrion birds. We exist in this continuum, also. But it's important to remember that, whatever their perceived scale, these creatures were scrappy at their outset in comparison to the entrenched force. It's just that the entrenched force, the one they warred against, is no more.

Once you have read Trust Me, I'm Lying it can't really be unread. Something you will derive from this book is a high resolution diagram of what we already suspect to be true: that the incentive structure for online news essentially demands that you troll your readers 24/7. Joystiq rarely, rarely took the bait. They endeavored primarily to entertain and inform their readers, which shouldn't be noteworthy but it is. They were an elegant weapon, for a more civilized age.