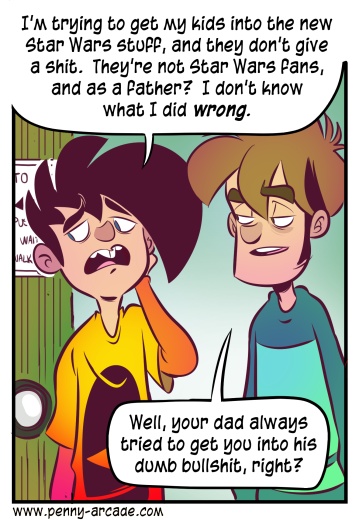 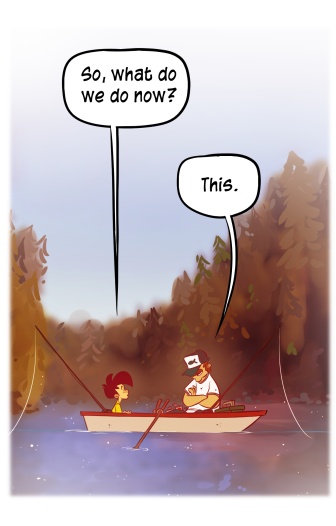 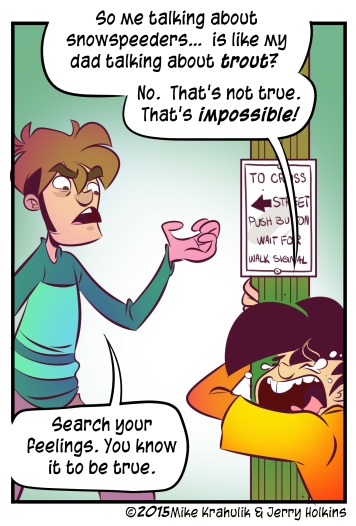 "Doomed cycles" form the scaffold off which so many dork narratives hang, and this one - the generational doom - is an especially potent one.

A parents' ghastly pallor can be cast over any cultural artifact, no matter how potent, rendering it an irrelevant grey dust. Your mom dancing to a song can obliterate it. Let me tell you something young people are not interested in: they absolutely do not want to hear the original version of the song they only know as a Minecraft parody. They don't want to hear Radioactive, and they don't give a shit about it, because it's not about redstone.

We get obsessed with going to Mars or whatever, and its place of primacy among rust balls is unchallenged, certainly. One of the best. The best? Bring it up to me after my third beer, we'll hash it out. I always thought the only truly alien intellect we'd discover would be an artificial one, made by accident. Here's what's real: we're creating alien consciousness all the time, on this planet, which we nurture until they terraform our planet and culture. Again and again. This stuff doesn't come from nowhere.

I still have enough presence of mind to be delighted by this state of affairs, but if I understand this arc correctly there is a point on this thing - a horizon - where I won't be able to perceive it anymore because I'll be too fucking mad. Sometimes, I wonder what it will be; what unassailable tower I'll retreat to once they've dismantled every blessed signpost and all the language I use to live.