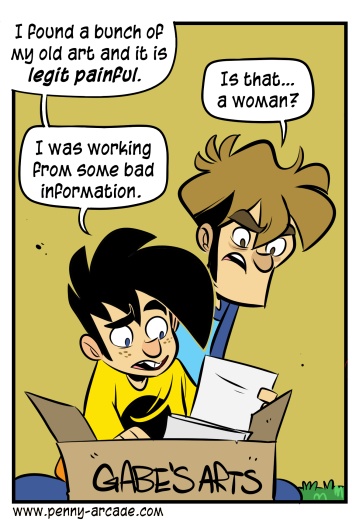 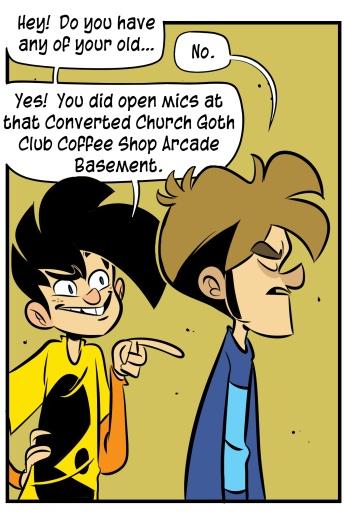 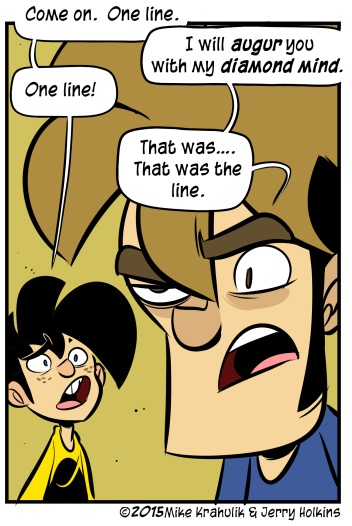 I talked about it on an upcoming podcast, but I absolutely did wholly extemporaneous open poetry readings in a Converted Church Goth Club Coffee Shop Arcade Basement. Shit's real, kid. I was all about that stuff.

I think I might still be, with the poems. I was always a very safe kind of rebel. Even my excesses were contained within firm parentheses, and tax deductible (when possible).

I destroyed almost all of it, though, in an effort to assert that the version engaging in the destruction was the version that had primacy. I think Brenna might have some of these artifacts in a box at her parents' house; I should see if I can get my hands on it, but we have a strong cultural prohibition on the opening of ancient, mysterious boxes.

Oh! And the first panel is also true, or true in spirit at any rate. People who use DMT refer, with startling regularity, to a single shared hallucination: that of an encounter with incredibly pissed off multidimensional snakes. These snakes are fucking mad. This isn't something I have experience with, so I'm working second hand, but these resentful snakes don't like it when you show up at their snake house or whatever. Apparently, they're like "WHY ARE YOU HERE" and "THIS ZONE IS DESIGNATED SNAKES ONLY." I've been surprised to hear a similar shared hallucination from young men about the precise location of the vagina. Not only did most of them think it was in the wrong place, a place it most decidedly is not, they all seemed to think it was in the same wrong place. I mean, they didn't think it was on their neck or anything. It was close enough to where you could get back on track pretty fast, with only a quick, "Yup, that's exactly where I thought it was."