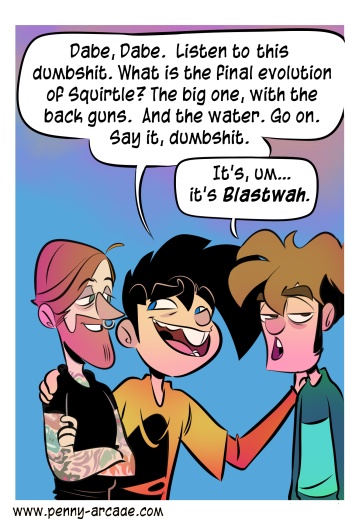 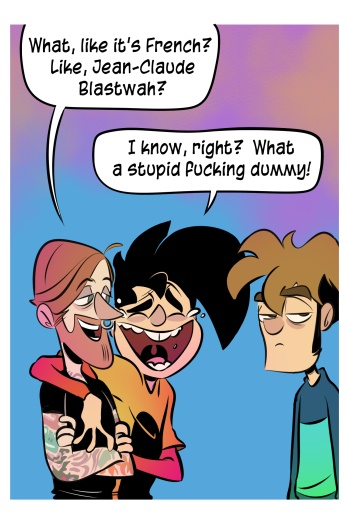 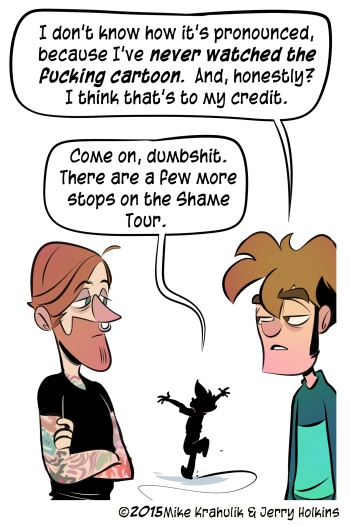 This has been my doom from the very beginning, all my life. Most of the words I know I got from books, which I thought were my friends, but they don't necessarily have pronunciation keys and also the English language is a kaleidoscopic whorehouse.

It won't surprise you to learn that my stunted, hairless translucence was borne of a largely solitary childhood that involved me learning words alone, and then saying them to myself, without the civilizing benefit of the social mirror. What follows is a brief list of these infractions.

Indeed, I was talking to him about Mealy specifically, and I was like, "Yeah, but that's one that everybody gets wrong." And he was like, "No, they don't" and then he was like, "Why would you say that? To make yourself feel better?" and I was like "Yes, you got me. I'm a human being. I knew you would find me out eventually."

Anyway, I pronounce Blastoise in a super cool, cultured way that summons boys directly to the yard. And women are drawn to it, like moths to a… to, like, a… carefully manicured, but ultimately false mispronunciation…?

Anyway. Imagine my pleasure when, in an effort to make my last hour of consciousness useful, I logged into World of Tanks on Xbox One and saw Kiko on there, also playing World of Tanks. I'd been trying to set this up without success for days, and then when I stopped trying to be a successful, competent person and connected to the game randomly, I got what I wanted instantaneously. When I get home, I'm going to put some flour and eggs out on the counter somewhere, just pile them up, and have cake for breakfast because that's apparently how it fucking works.

I've tried to play it on PC off and on since launch; it's another game I keep updated because I know I like it, but it's not really on deck. Learning another Romance language - this isn't a tangent, stick with me - is mostly a matter of learning other ways to say the words you know. Many games are this way, and learning them is a matter of rerouting existing skills to their new ports and testing the network. I don't think World of Tanks is like that: you need to learn a new script. From its tech trees, how XP is generated and converted, what death means in a round, to crew training... you're going to get the spins and vomit. Wipe your shit off and get back in there. World of Warships is even further afield, unrelenting even, but I'm fascinated by that too. I can't believe people are making games this angular and intimidating and finding broad success.

The roles here are all rejiggered. I have described my obsession slash need to play support, and here, the way I support my team is by punching straight through enemy tanks with a shell from across the map and killing all inside. It reminds me of why I like Gears so much - I can't play it "my" way, I have to figure out what I mean in this new space. I can call out targets I guess, which is very much in line with my normal thing - I get rewarded for it, too. I figured out what I liked last night, and it's playing a Tank Destroyer. Now, in World of Tanks, a game where Tank on Tank violence is commonplace, you might think that everybody is a tank destroyer, just… because. Anything that destroys a tank becomes a tank destroyer, you know, Q.E.D. - but not like this. I fire one shot from this thing at you and you're off the fucking map, like a chalk drawing I smudge out with the edge of my thumb.

I'm coming off what was probably the round of my life last night, that's where some of this fervor is from. I'm sure I'll have an opportunity to boil off all these feelings of competence this evening and replace them with black sludge I'll have to scrape off the bottom of the pan. Does a sine wave of anguish and exultation sound like something you want to ride? Because I know where you can get it. 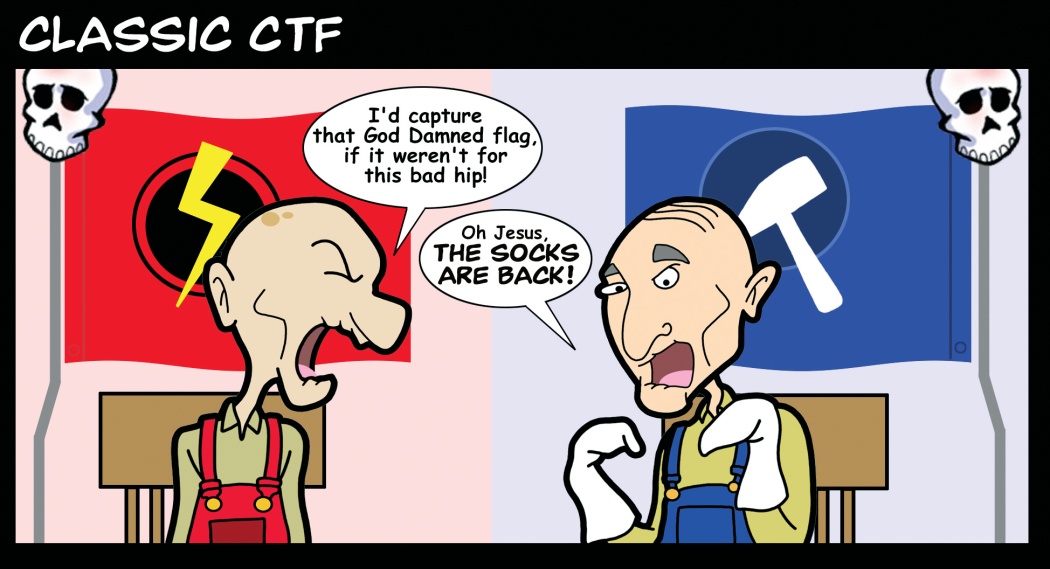 Red and Blue in "Days Of Old"