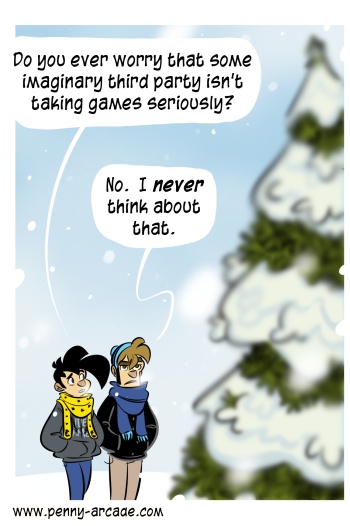 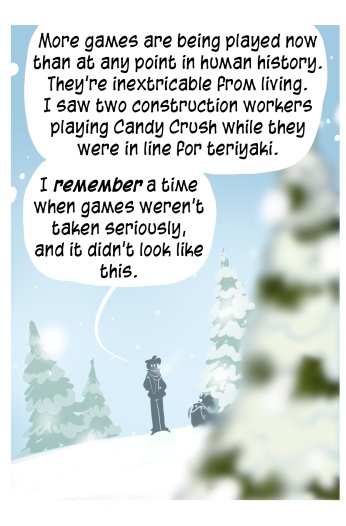 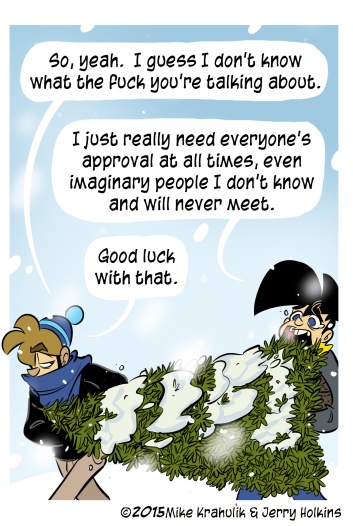 Something I have been trying to figure out for a while is this weird inferiority complex some people who write about games seem to have about games. I've been thinking about it for ten years or so, and I only figured it out last night.

What made it confusing was that I was missing data. I don't suffer under the yoke of Validation Syndrome; I am glad when people like what I do, but it is no impetus. And I certainly don't wring my hands over a barrel fire, wondering what people who don't know me think. I don't particularly desire rehabilitation to a fashionable mean. That is not to say people have not tried, with occasional success, to impart this idea. I have every intention to make up for lost time.

There are people who walk on eggshells out of fear, but there is a second type of person who literally distributes eggshells for other people to walk on. Try to imagine how I feel about this second person, who is the negative space around which the exploratory, human work of creativity is allowed to take place.

This is what I would tell you, and you can take this advice or not take it. Its truth is not dependent on your willingness to believe it, so your reaction isn't super relevant. But goes like this: you will be an observer - that is to say, not a creator - forever, until the day you find a way to stop using creative people as a proxy for your own stunted drives. You can emerge from this cocoon you've made, or you can die inside it, half-formed.