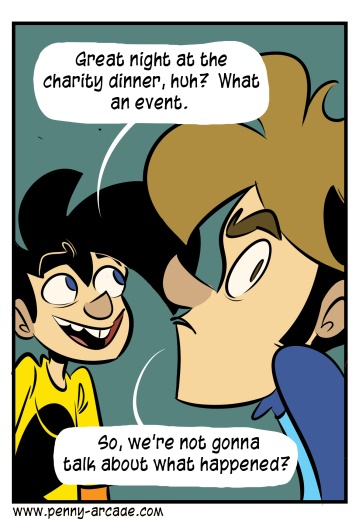 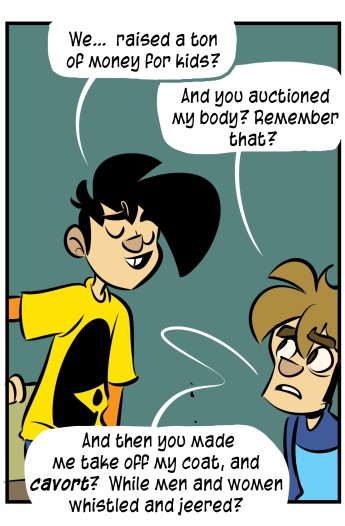 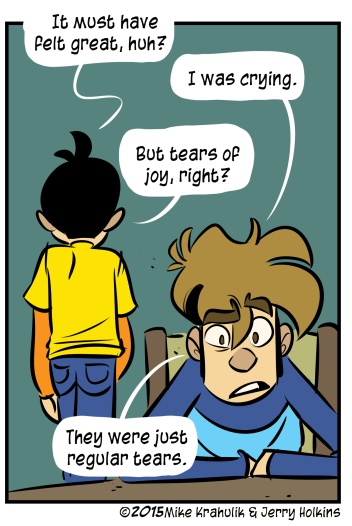 I mean, yeah; from a purely numerical standpoint the Child's Play Charity Dinner And Auction was a roaring success, with just under two hundred thousand dollars raised in a night. This must be considered a joy spigot. But upon the completion of our noble labors, it occurred to Gribz that he might wring out a few more bucks from people by having me remove my coat and perform a little dance that has been called "by turns sad and terrifying" and "the Fifth Horseman of the Apocalypse."

A long time ago, I came into the possession of a fairly nondescript white box with a sticker on it that said Push Fight. I knew that it was a dedicated effort, because there was an exclamation point at the end of Fight, surely an indicator of business at a certain threshold of seriousness.

I think the game's substrate was made out of pressboard, oddly shaped, possibly having arrived in a prophetic vision. It was so special, though. It's a two player game, and both light and dark in this equation have two pieces with a round ball and three pieces with cubes on top. Your turn consists of two parts - you move twice, and then push with one of the cubed pieces. once you push, you place an "anchor" atop the piece that pushed, and it becomes unpushable terrain. If you manage to push off a single opponent piece, you win. Okay, but seriously. Check out this awesome, earnest video from the creator, clearly transferred to YouTube from an ancient VHS tape:

The grainy, wobbling video clearly places this entire thing into the continuum of the Urban Legend, but it's all true. I really did get this weird game out of nowhere, fall in love with it, and work with him to make a definitive version of his game. We have been working on this for literal years. I was very nervous to do it, but I did record a quick rules video:

And a richer, fuller video with gameplay here:

I love this game. I love that this Jiu-Jitsu dude made it in his garage, and I love that we can honor his idea with a beautifully made version. I love that it's emblazoned with Levin's work, the last thing he did here before leaving to greener pastures. I love the idea that people will open this up over the holidays, learn it or teach it in a minute, and then play it for years.

I am so happy to type this: our exquisite, Limited Edition run of Push Fight is available on the store now. 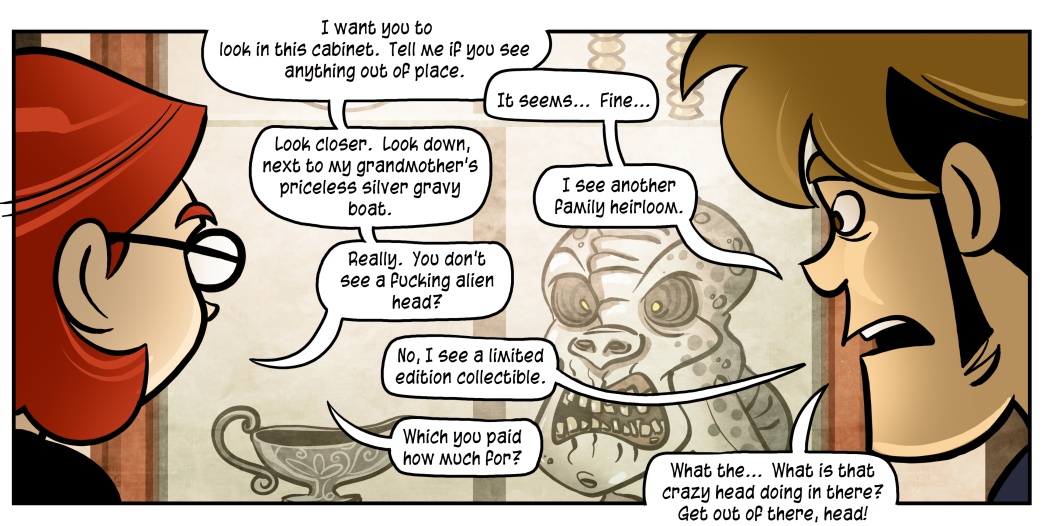