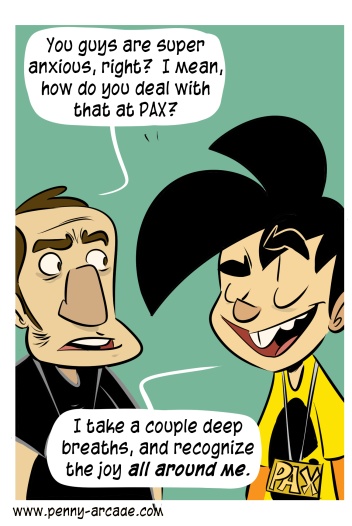 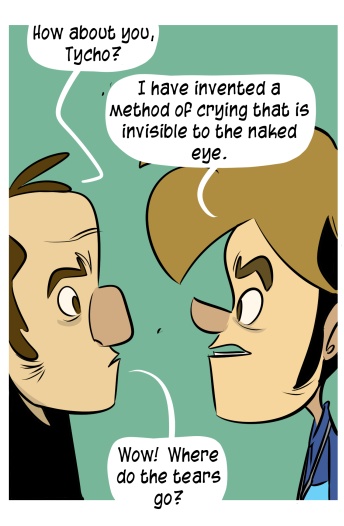 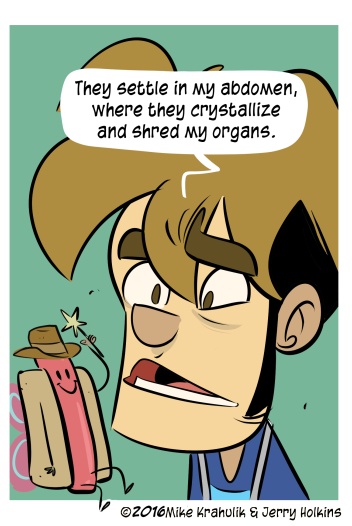 As the newest show, PAX South has such a cool energy. And its still so young that people are always asking me if we think it's gonna be back next year. I don't know a hundred percent of everything that happens, or is going to happen, but PAX South is a real show. We made a logo, and everything! I love coming down there, I love being handed huge bags of beef jerky, and I love getting radically different and profoundly contradictory barbecue advice.

I also like being reminded, on occasion, that people actually like what we do. I do it because I like it, but it can be easy to get the impression that one has achieved permanent Satan status, such that other people get to determine what is written on one's tombstone. People gave me compliments this year I don't even know how to contextualize. I can't really absorb them most of the time; I just hold them in my hand like a little sparrow until they fly away. But they were nice to have, for a little while.

We have said on many occasions that we are spectacularly ill-suited for the role which has accreted around us, partly because we aren't dishonest, craven, and manipulative enough for public life, but also because our minds have certain characteristics that make the job more difficult. Luckily, our defense mechanism involves making entertainment for you. It's the kind of weird-ass adaptation you would see on nature shows, I guess. But it works!

I want to thank Rugpisser and Palpitatertot for delivering unto us a truly marvelous spectacle in the final round of the Omegathon, in the long awaited GoldenEye. The game is legendary for a reason, but it was never part of my own curriculum vitae - I was far more of a PC gamer then, and shooter culture between the two sharply diverged. There's always been that parallel track - I was late to Halo also, just because that's not where I did my shit, but these two definitely knew what the fuck was up, - trading points, and then whole games, as the Old Wisdom returned to them. After winning a game apiece, the last game went 9-9, with the tenth and winning point going to Palpitatertot. There's a dramatic arc here, because Rugpisser was actually the returning runner up from last year, and we'll see him again next time around. People have come back twice like that and gone on to win. It happens.

All in all, the show was simply a supernatural phenomenon. We rent the venue, the Enforcers form the spine of it, and then you bring PAX; not a bad system, really.