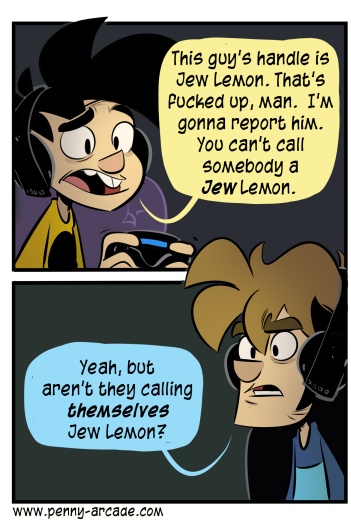 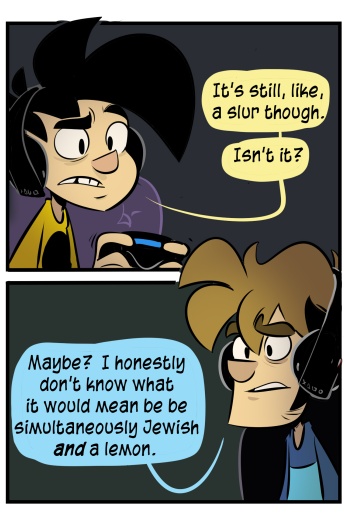 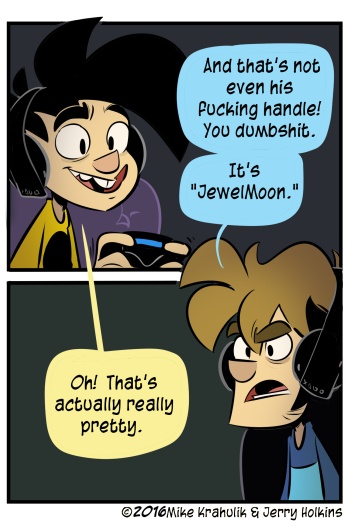 I changed the person's handle a very, very small amount, not enough to change the pronunciation, but this is almost the exact conversation we had re: that evening's Randrew Jackson.

Even if I can't parse somebody's handle in an explicitly rude way, I always assume it's super bad and wrong, I just don't know exactly how. I assume that most of the words in those dense bricks are different things it's possible, though not entirely legal, for people to do to moms?

Gabriel saw, like, a "Bill Murray 430" type handle, and got excited because he didn't know Bill Murray was on PSN. I told him it probably wasn't Bill Murray, which is just a nice way of saying it's not fucking Bill Murray man, but the fervent wish to be near this astonishing figure thumps in the breast of all sentient beings.

To my mind, just straight up calling yourself Bill Murray as a handle is in abrogation of the Handle Accords, which state that you need to have religious iconography or obscure astronomers in there somewhere. But there's two scenarios for the numbers, both terrifying in their own way. One, it's possible that there are four hundred and twenty-nine other Bill Murrays on PSN, not including Bull Murrays or even Bill Moray, the famous eel. The other is that they weren't able to get 420, so they went for 430, which I think we can all agree is a different number. I'm sure I could hit up Urban Dictionary and get a definition of some kind, but every configuration of letters in the English language has some ribald, specious definition there. In my experience, if you show up at 430, you're too late.

PAX South is today! I will be there, with an explicit charter to meet people and make merry, so if you roll through let's make it a point to be friends.