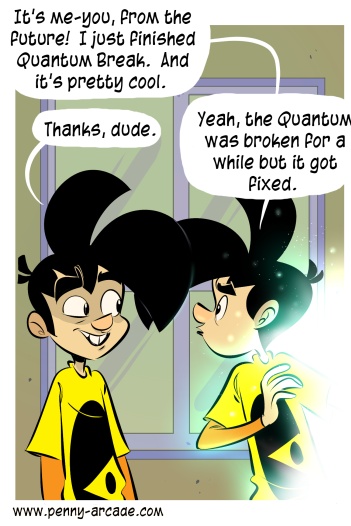 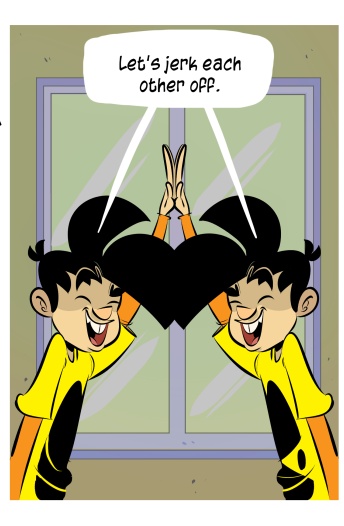 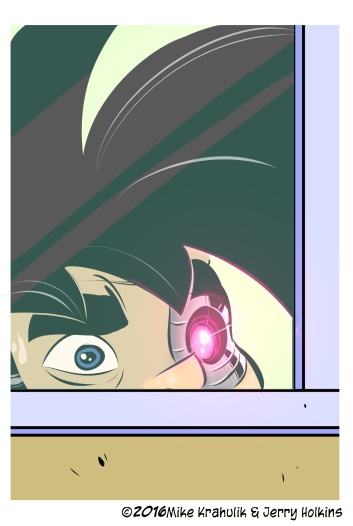 Internally, we refer to Quantum Break as Quorntum Brork. You can use that if you want. Consider the sentence before this sentence to be a license in perpetuity. I would have played more Quorntum Brork, but I spent the first half of this week filming something you don't even know exists. It'll be nice when PAX East rolls through, and all the stuff I'm spending every second of every day on can emerge blinkingly into the light. One thing that's been months coming, and another one you could honestly say years. I remembered about Acquisitions Incorporated last year, pledged to take it seriously, and I haven't forgotten.

We had seen a cool video online that someone named "Octavio Abea" has cut together from their trip to PAX Prime in 2015. Now, the Great Council has decreed that the show shall be known as PAX West, let the scrolls show. But that's what it was called then, and his video was bangin'.

Let this also be appended to the scroll.

It was so bangin', in fact, so thorough in its bang, that Robert asked him him to come to PAX South and record a show called Welcome To PAX. I had a chance to talk to Octavio a bunch at South, he might even have interviewed me; I have dim recollections of it having possibly been interviewed. Time doesn't work correctly at those shows, maybe you have been to one and know what I mean.

Anyway, he's cut a few of these and they'll be populating that page every week. You can even subscribe to the channel to know about this sort of thing! I originally wrote "subscrorb" there, as is my way, but then I thought you might not know what I meant.