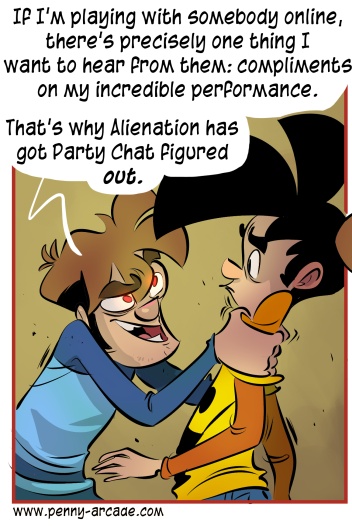 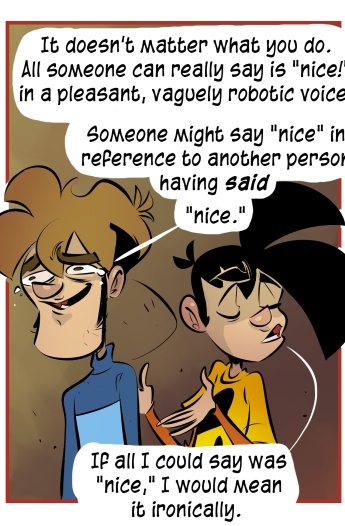 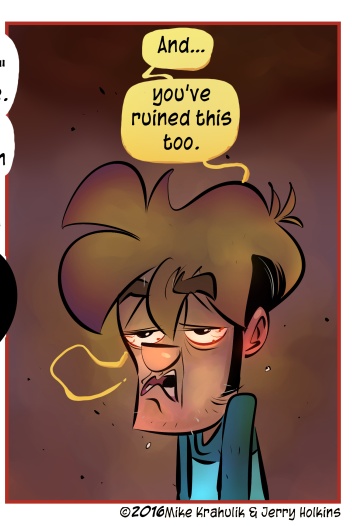 As a post-PAX digestif, Alienation has nobly provided ample spent shell casings and gouts of ropey, gastrointestinal slime. Housemarque has been a reliable amusement spigot for some time, producing good flow, though my favorite game from them was probably Super Stardust HD which Kiko and I played obsessively until completion which is a feat I'm absurdly proud of for some reason. They like lots and lots of particles to happen, and I like that also.

It has a Helldivers type thing, the primary difference (from a moment to moment play perspective; they each embroider their metagames differently) is that Helldivers will let you murder your friends and you probably (read: definitely) will. Gabriel described Alienation as "Twin-Stick Destiny," which Housemarque should put on the box should this digital game ever be enshrined thus. You have classes and trees and boxes of loot that, when opened, shower the martial paragon with a holographic cornucopia of treasure.

I have described such holographic showers in the past as "Criss Angel Street Magic Bullshit," and it's not untrue. They are hijacking some primitive brain shit. They create chemicals. The chemicals are good. We feel good. The chemicals are good. It works even if I don't need it, even if I don't want it to. I know that orange is "better" than blue and I want to find orange things very badly.

Also, maybe there's some way I haven't seen, but it seems like nobody can talk to me about anything I don't want to talk about or in a way I don't want to hear and that's precisely how I like it.

Hey! Do you like Ping Pong? How about improving the lives of young people? Well… I've got quite the idea.

More details to come of course, but on Saturday August 6th from 10:00 AM (not PM!) to 9:00 PM, we will be hosting a fundraiser for Child's Play that doubles as a brutal Table Tennis Arena. If you have witnessed our prowess, and have come to fear it, fear not: we'll have friendly competition in our Garage category, brutal deathmatch in our Hardcore category, and even a Rockstar Table Tennis tourney you can sign up for at the event if that's more your speed. Tickets are available here. I think this'll be a nice twist on the fundraiser, and I've already begun to sharpen my paddle. Figuratively.