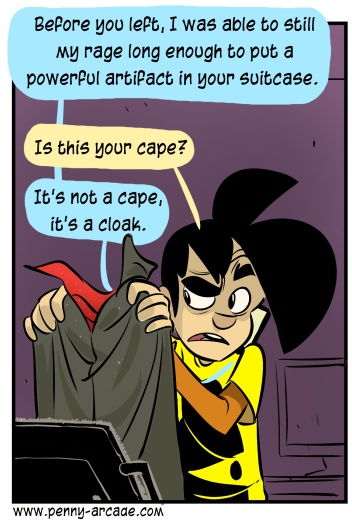 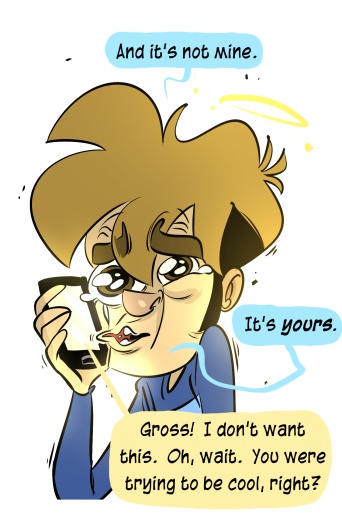 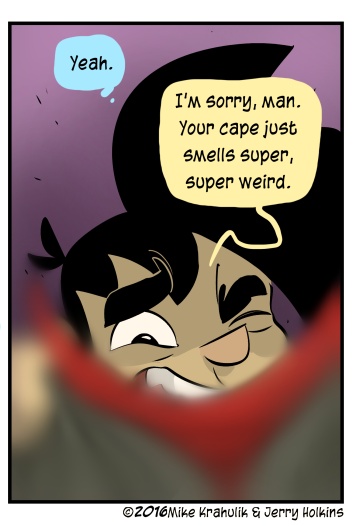 I'm getting a lot of invigorated texts from Mike Krahulik, who, having stolen my birthright, is now delighting himself in halls reserved for heroes. He is currently marveling at its vasty size and at its alien ways. We go to a very specific convention now, a single convention that spans time and space, and whose apertures open and close according to an ancient calendar. There is a lot we don't know about your Gens and/or Cons.

He is there to talk about his baby Thornwatch, née Card Warriorz, with an actual, honest to God, motherfuckin' Z. My task on Thornwatch is primarily to maintain its thornwatchaneity, which is a word I have designed to describe the adherence of a given concept to an overall sense of Thornwatch-ness. But sometimes I will express something that I think is exactly right, and theoretically I would know, but there's another layer - what you might call Deep Mike - that occasionally asserts itself to deny my best ideas. Which are, you know, when I say "best" I mean "the most unadulterated version of myself that I still haven't learned to hide." He doesn't like my leprechaun mobsters and he doesn't like my conscious, malevolent boots. He prunes it back and I would never admit it but I appreciate it. I don't know if he is a designer on Thornwatch, or if he is a kind of soil Thornwatch grows in.

I just try to make sure he has what he needs.

Would you like to see something that is authentically bonkersville?

Wizards of the Coast wanted to see if the Acquisitions Incorporated show at PAX West could branch terrifyingly out into the real world, and did undertake a Great Working, a 9th level ritual designed to project our stalwart party across the nation. This Fathom Event thing seems really fun to me, and I would go to it if I were not already being converted into electrons and delivered into theaters for your amusement.