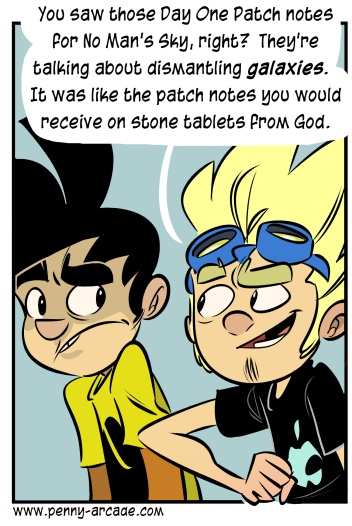 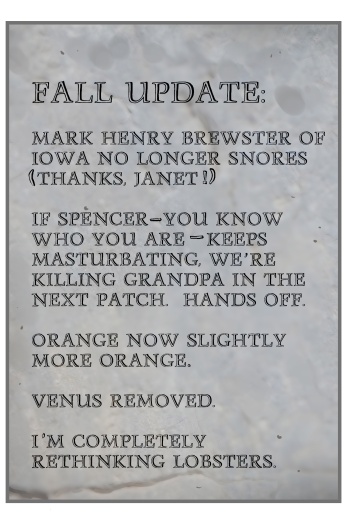 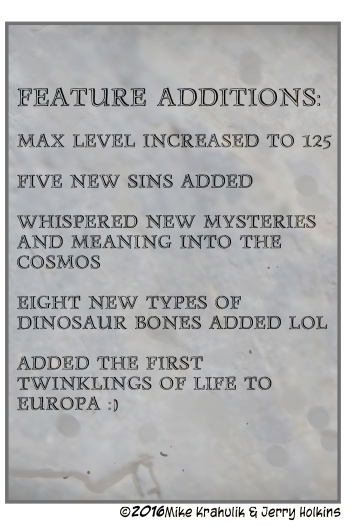 No Man's Sky is one of those personality test type games. I keep reading articles about how No Man's Sky wasn't the game they expected, but I never knew what to expect from it because it's not like there was a ton of information. I mean, on purpose, obviously. You can't map a game about exploration before people have a chance to get in there. My best moment so far was walking into a mystical-ass cave and melting down with my mining laser what must have been, like, five tons of fucking gold.

Gamewise, hm. Imagine that someone left Spore running until it became self-aware, and started making other types of reality, until it spilled out onto the Internet. Then, imagine that this novel creature developed an appendage like a long thin needle, that it could use to extract information through your temple.

I haven't read the EULA in its entirety, but I imagine that it has some kind of section in there about consenting to be part of an undulating meta-organism tasked with creating a taxonomy of an entire universe. Because this game has galactic, existential freight, its initial patch notes had a kind of biblical quality near the beginning that reminded us of the patch notes in the Bible, which are sometimes called Genesis. We have performed a needed update.

Do you have a goblin problem? Don't be maudlin; I know just the guys to solve 'em. It's a new episode of Acquisitions Incorporated, one where DM To The Stars Chris Perkins apparently spends some time swatting at spectral foes. I can remember this exact moment from filming. He said, "No! It's not my time! It's not my TIME!"

As always, get advanced intelligence on our movements via Subscription, and tell your allies what we have accomplished this day. Say unto them, "Yeah, there's like a whole season of this shit for some reason, but if looking at that pale grub man is negatively impacting your appetite you can always listen to the show via iTunes, Stitcher, Overcast, or, like, Google Play."