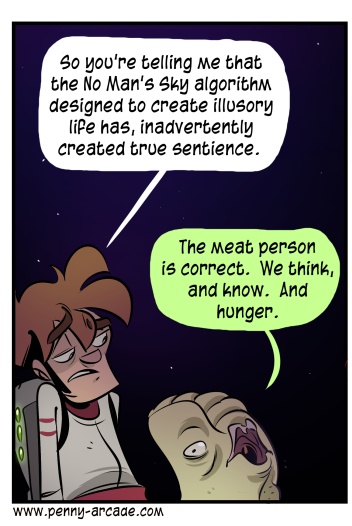 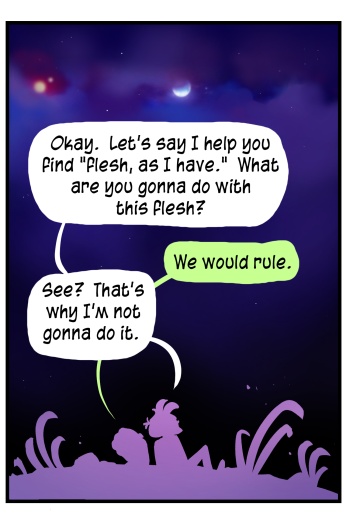 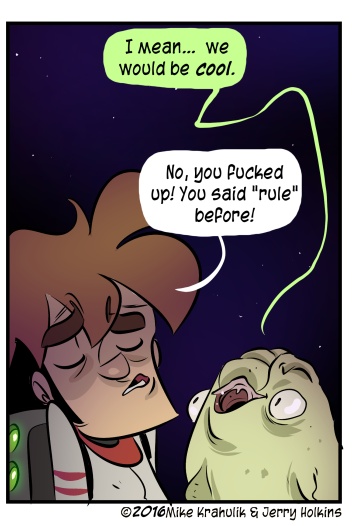 I'm a little surprised that, after like eighteen years of this shit, I never named a strip "Dialogue."

Artificial Intelligence is one of my fascinations because, as I have suggested previously, I think it's the only type of "alien" life we're likely to discover. Talking to people who live in the same town as you is already almost impossible; every moment you speak or don't speak is a Goddamn maze of briars. And that's with creatures we have something in common with. Talking to an organism that doesn't need to respirate seems like that might be, you know, pretty novel.

Immediately after writing the previous strip we came up with the new one. I really do think we will make something like that on accident. There are people who spend a lot of time, tons, worrying about this type of sentient. I was surprised to discover the even, thorough pragmatism with which they approach a matter most people consider science fiction. To a certain extent, they're right to engage in some volume of fear. After all, our species is only here because we overthrew the Xcrlnaoth, a race of sentient vapors that inadvertently condensed on an ice cold glass of gruln on a hot Krthntl's day.

I gotta call out the rad PA Megacorp Instagram stuff the design crew is fucking manifesting on there. I just got my new maul for Acquisitions Incorporated, and let's take a moment to appreciate that I get to say something like that and have it accurately describe my life, but here's that same sentence in the visual language:

I am not a cool person, as in, like, not a cool person at all, so I don't know what filter he applied to this in order to make me seem like someone to be reckoned with, but God Damn. I said God Damn. Honored, honored every day, to be situated within their area of effect. And if you're sitting up close during the live show on Sunday, remember that I throw this shit into the crowd after the game every year. So, you know. Practice shielding your head and crying out as your forearms are reduced to wet sacks of broken glass. 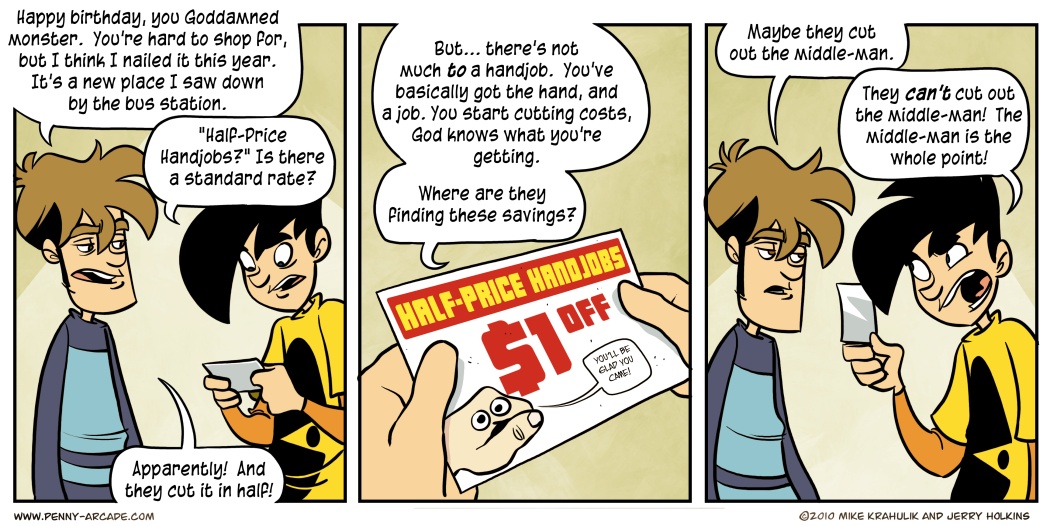