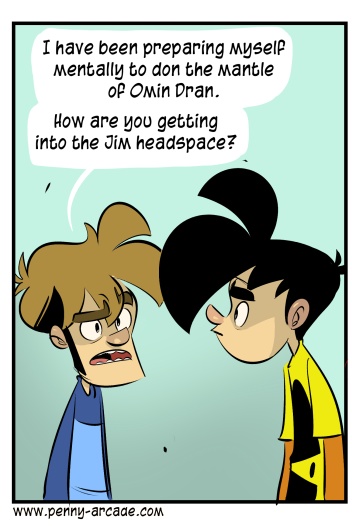 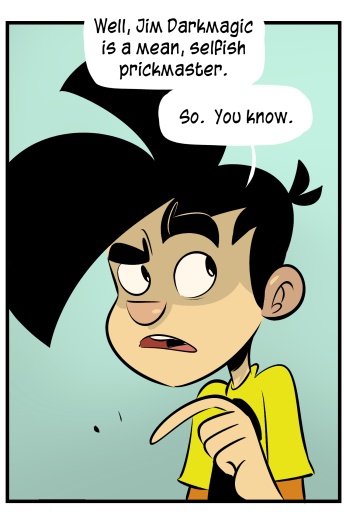 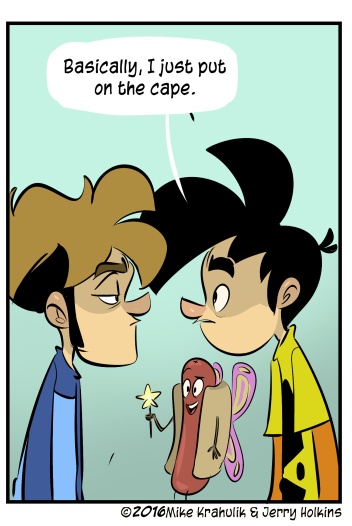 I don't know. Occasionally, when I garb myself as Ominifis Dran, war cleric of Tymora, I can't orient the events of my life in a linear fashion.

It's not clear to me one hundred percent how I arrived here, or how the Dungeons and Dragons game I play with my friends came to be broadcast on Twitch, or broadcast via satellite to theatres around the country. It doesn't make any Goddamn sense. Judging by the reaction, which I'm only noticing fully now - as though I had awoken from a long sleep - this is something we need to be taking pretty fucking seriously. We need to manifest these beings with greater frequency.

Because it is the most recent PAX, it is the best PAX ever. That's essentially all that needs to be said on the matter. Well, and my daughter Ronia was born at PAX, seven years ago today, and she'll be President but only as a stepping stone toward Galactic Empress.

Lone Shark Games launched a Kickstarter for Thornwatch, a game we worked on for four years, but couldn't finish because we didn't know how. They do. We let them. And it looks like this:

What's funny here, depending on your definition of funny I suppose, is that I got into all this Thornwatch business because I wanted to help Gabriel realize his first game - but there's going to come a time very soon where the work volume I need to produce will eclipse his. You need to check out the Print and Play for Thornwatch, and you can for the price of one (1) burner account, if only to read the exquisite flavor text I have written. It's also worth checking out for the Riddle of Thorns, a cool diversion created by Puzzlemaster Mike Selinker. The one that is up now I can sorta comprehend; the reward for each is a crest and some lore you might find interesting, but only if you like interesting lore.

If you're at the show, you can get a demo and meet some of the team at Booth 7505, just past the Diversity Lounge up on the sixth floor. I haven't really had a chance to get up there yet when the show was actually running, I popped in late when it was just me and some very confused security guards wondering why we had constructed a copse of birch trees in their convention center. Which, you know. Legitimate question.