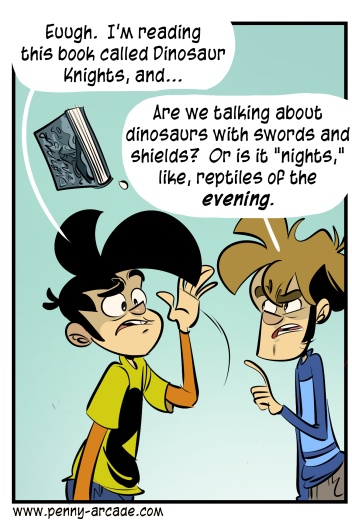 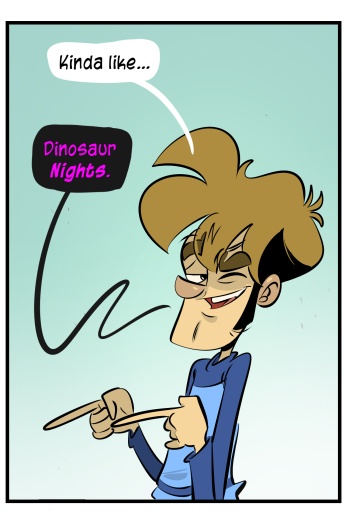 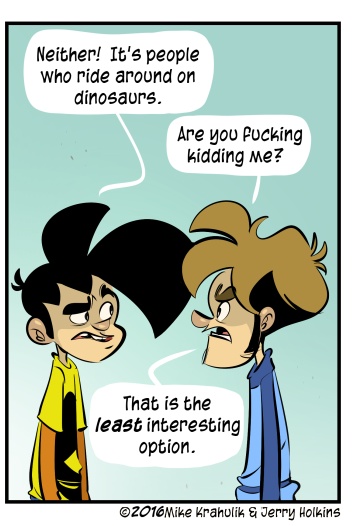 There is a quote from George R. R. Martin on the cover of Dinosaur Knights, which is the second volume of what may or may not be called the Dinosaur Lords trilogy. Here is the quote:

It's like a cross between Jurassic Park and Game of Thrones.
- George R. R. Martin

I'll take the number three. With Canadian back bacon ham, yes. I order it that way so I'm always right, wherever I go.
- George R. R. Martin

Maybe it's good! I don't know. Seems like there's a couple other ways they could have gone with it. I often have to get after Gabriel because of his common tastes, but what I realized while interrogating him last week is that we are doing the same thing - opening books - for completely different reasons.

He is specifically trying not to think. I can't even imagine what that would be like, not perpetually, uselessly splitting the universe cube by cube until I have discovered the smallest coherent volume of its nonsense, forgetting it, and beginning the process again. He finds that in books, of all places. But it really did explain everything. He often chooses books specifically for qualities which result in psychological slumber. So if he has taken a medicine, and it has delivered its intended effect, getting mad about it probably isn't strategy for success.