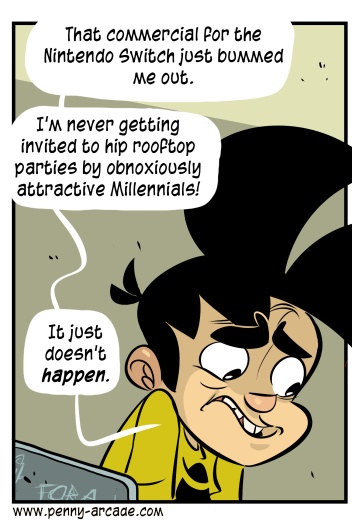 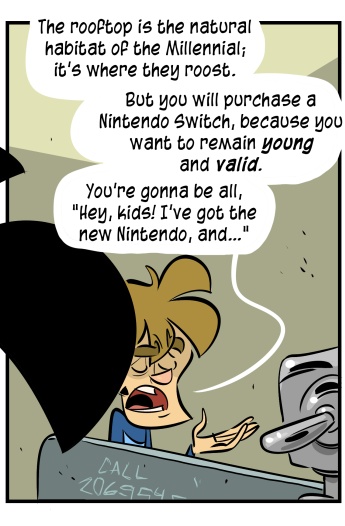 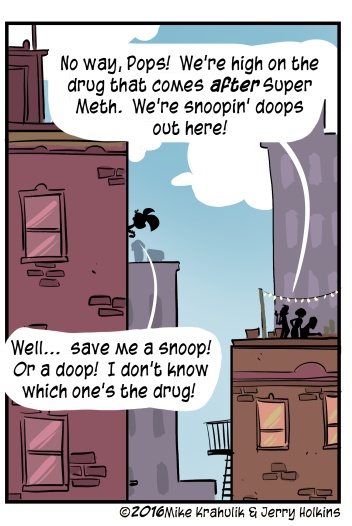 I really like the Nintendo Switch commercial, which places me at odds with Mr. Gob Dobolina, who derives from it only shame and the sense, the unavoidable sense, that the meat in his chest keeping him alive has a shelf date, like all other meat.

As stated: I like the commercial. There are many stories presented, and you are supposed to intersect with one or more of them, but I'm a grown man who plays games in the dark and I'm in there somewhere. Typically the story that gets told about these products doesn't look like my experience at all, it has an aspirational payload, because you wouldn't want people to see what happens in my Game Tomb. I'm scratching constantly, and spores are being released. But this motherfucker is literally playing until the sun comes up! My dog is much, much smaller. My dog is the electron that sails in a canine orbit around a dog like his. But the rest of it… I know about that.

The Switch is the apotheosis of the WiiU in my opinion; something between an informative peyote vision of a possible future and the physical vessel which contains the notion. I don't see anything about a two-screen experience there, that's something I really liked - a resurgence of an ancient genetic lineage. I suspect I could be very happy with a little purpose-built slate and a couple tortilla chip looking things attached to it. I spend a lot of time on fucking planes. Kiko uses a Steam Controller and a Surface on flights, and does so to tremendous effect, but if he looked over and saw me hitting a boss in a very specific way three times, I think he would discover an even deeper frown than the one he has already pioneered.

The way Gabriel used his WiiU is so compatible with their Switch vision it's essentially identical: he used the WiiU controller as a kind of Terminal. The only thing that limited the utility of this configuration was the wireless range of the handset. Now the handset is the fucking controller and you can take it to the court and play Zelda whenever you aren't slamming a hot-ass dunk. The Switch clearly clawed its way from the husk of the WiiU, thorough in its moisture, and now I want them to tell me the rest of the story. 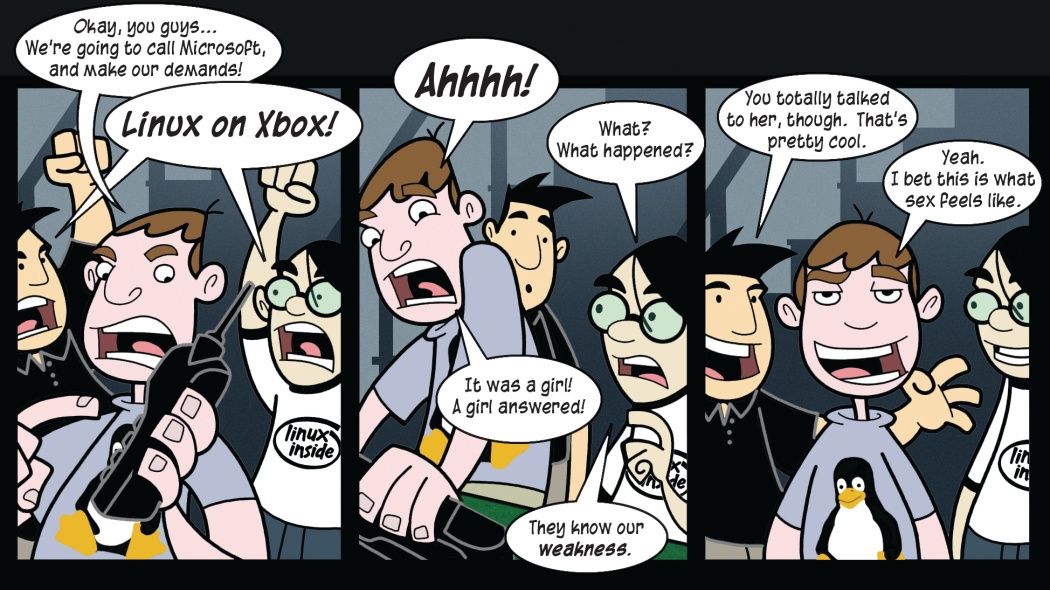