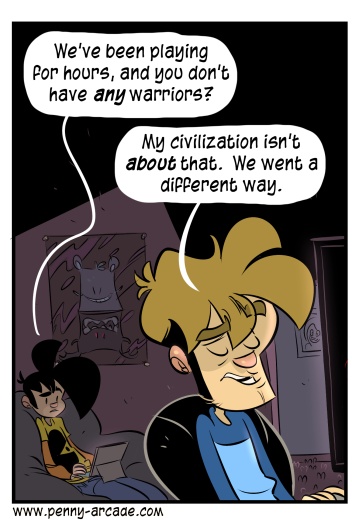 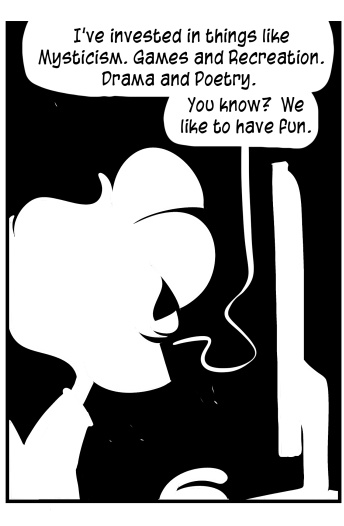 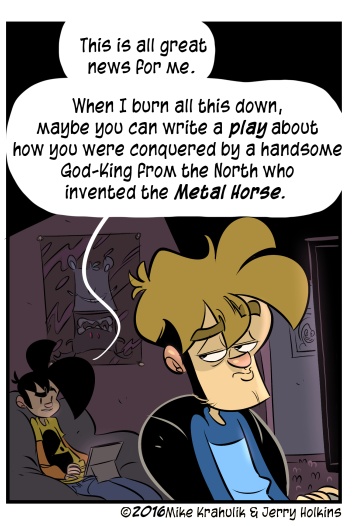 Civilization VI is out, which you might know already, because you have become fused with your computer over the last week or so and are reading this post as data shunted directly into your visual cortex.

We had a Scout par excellence that eventually met his end in the northeast, at the hands of Gilgamesh if I recall correctly, and we discovered Drama and Poetry close enough to his death that we made his demise the impetus for the creation of these art forms. The societal grief was too great to be contained and so art was required. This is one reason to play Civilization, all by itself: our brains are story machines, they can find them anywhere, and Civilization has always been a stunning canvas.

I don't know what's going on with the AI enemies in Titanfall 2. I remember them being smarter than this, occasionally delivering clever-girlian moments in the crush of battle. Am I making this up? I should go back to the old one just to make sure. It seems like these guys mostly just jack it by their drop pods, even the robots manage to jack it somehow, though Reapers can certainly be a pain in the ass. This is my only problem with the game. Oh! I feel like the maps might be a little big. I like everything else.

This kind of mobility is addictive. Honestly, it reminds me of… get ready, because I'm the only person who is ever going to make this reference. Irrational made Tribes game that was actually really good, because it's Tribes and and they are - or were - Irrational. In a game that defined player freedom in a first person shooter, one where you not only have a jetpack but also have feet which double as zero-friction skates, they added a Goddamn grappling hook. Why? I couldn't figure it out. Until I saw a flag carrier going like seven hundred scale miles per-hour. It's the difference between cocaine and crack.

Gabe can't get into the hook, because he's a very solid wallrunner and would rather have the speed and health boost. My minigame when the round begins, actually, is to follow his line as close as I can. But that's fine, he can do that. Kara and I will be People of the Hook. The fucking shit I can pull off with this thing makes it a different game. As in, it gets way down to something so fundamental about how I interact moment to moment that I'm not the same type of unit he is.

If you are not stealing enemy Titan batteries and putting them in your allied Titans, you aren't playing Titanfall 2. The "battery economy" isn't an optional thing or some addition for the sake of addition; some arcane ritual performed to earn a 2 they can put at the end of the name. It's a top tier consideration that determines success or failure. I understand that things don't work the way they did before. A Titan being doomed used to mean your health ticked down, Gauntlet style, which is another old video game. Now, it's just another health bar - and if you hold out, you can get goosed back up to full shield and a slice of health with a friendly battery. This is the connective tissue between the two scales of play, and if you play it the old way you need to recognize that it is the old way and that is why it doesn't work. It's part of a different ecosystem; it can't be simply extricated.

But don't get me started on this AI.