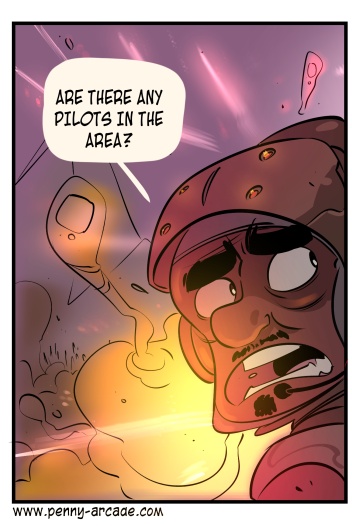 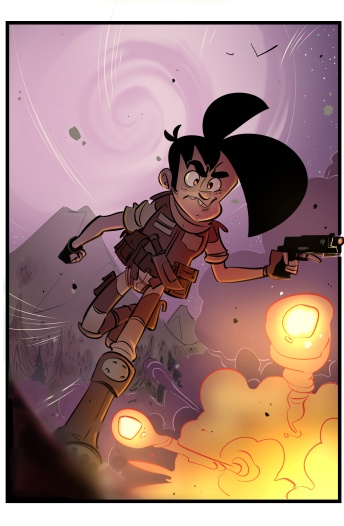 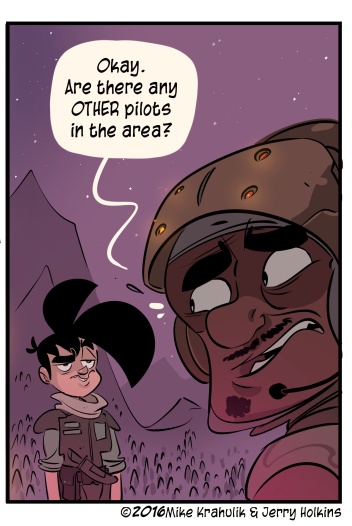 I was going to say that we are the only two people playing Titanfall 2, but I know for a fact that isn't true: we also play with Kara. When you play, AI Grunts scramble around asking if there are any Pilots In The Area, and we always answer Yes, technically, we are Pilots. We are garbed in a manner befitting a Pilot. But in terms of our performance, you know, maybe not Pilot level. I'm like one of these goofball Grunts in every way, basically, except you get a lot more points for killing me. I am a source of points in the way liver is a source of iron.

We don't know anyone else who plays Titanfall 2, which seems bad. Battlefield and Call Of Duty - it doesn't matter which ones, really - are the Holiday Shooters, what the ancients called Battudi, the "Great Grey Mouth Which Eats The Genre." Maybe those are all the shooters we get to have, now. This game is completely rad, but the player counts in the game browser do not seem like High Numbers. Here are the hopeful words I tell myself: the game is a living document, and because the maps are free, it will be sustained for a longer period of time as though by fervent prayer.

I think Halo 5 is one of the best shooters ever created, and they've done more work to maintain the health of that arena than they ever did in the past: new modes, new cards, new maps, it's as though they picked the world up and dropped it on your fucking head. Yes, that's a line from a Lil Wayne song. Stay focused: it's the cyborg war version of a community quilt, embroidered perpetually. I don't know anybody who is playing that either, but they kept at it and increased their audience, which isn't a thing that happens with regularity. It seems like a scary place to make games, this genre. I just don't know what you're supposed to do when, materially speaking, "shooter" actually means one of two games for most people, and if you try to do something else or play around with it at all, you get blown out and then those top games add your uniqueness to their own.

Hey! You might know that Desert Bus is well underway - that annual, hope oriented, existential crisis-generating, psyche-shredding drive that has (via your generosity) a substantial charitable payload. They were way, way ahead of the game with a charity stream, what we probably called a "cyber-telethon" at its inception, because that was ten years ago and we were still coming up with all the words for things. I'll be stopping by the studio tomorrow for my first turn at the wheel ever - 12:00pm PST, Tuesday, NOVEMBER 15th (I'm dumb). Come check it out!