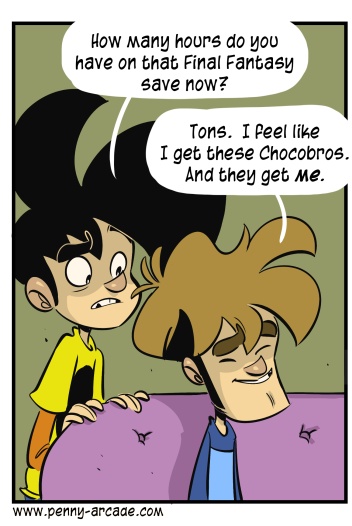 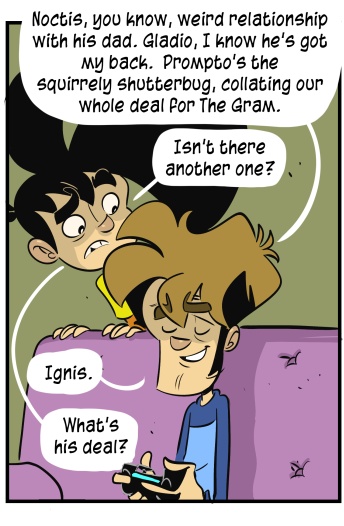 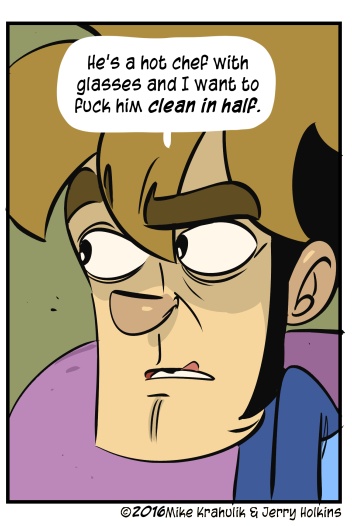 There is a podcast where Mr. Gribs and I are trying to decide if we're going to go hard on this FF, and my counterpart confesses that he doesn't really understand the setting at all. We go into some of that confusion in a comic, actually: are these odd angles and juxtapositions intentional, or are they just a fucking mess, or are they the result of an interminable and troubled development cycle, or what.

Final Fantasy has certain norms that exist between games, shared themes, iconography, a bestiary, touchstones that exist in an unbroken chain even as the mechanics have spun the tumbler trying to figure out what it means to be Final Fantasy in the radically different times in which it bobs up. But the other worlds of Final Fantasy don't typically "know" about Final Fantasy, outside of a single case I would say, they just live within the confines of their described spheres. The World of Final Fantasy XV has its touchstones, and callouts, but (particularly through Prompto) it has a consciousness of itself; it knows what game it is. One of the things that makes The Witcher's world so amazing is that it is a place where folklore is wisdom - "the stories are true." Final Fantasy XV is the same, I think. It is a world informed by the storied lineage of Final Fantasy. It's a bold move.

That doesn't mean they've always told the story right. Let me hit you back on Monday for that part, though.

Oh! And Ignis is hot as fuck, which I guess is on brand for somebody whose name means fucking fire.