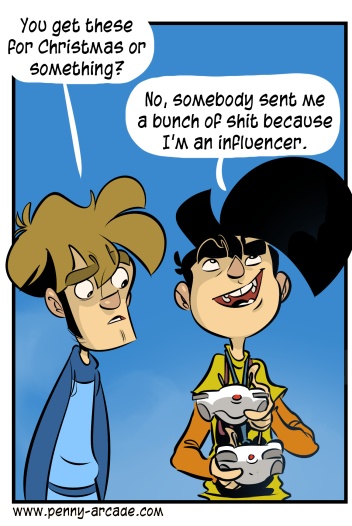 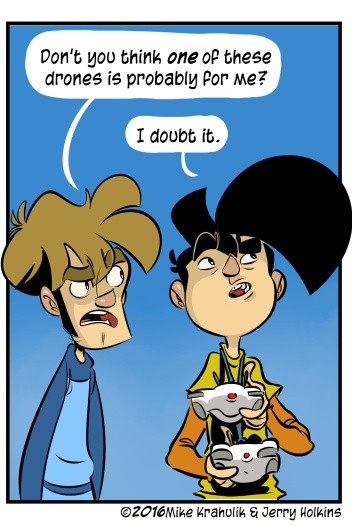 The account at tycho@penny-arcade.com, having existed for several Ages as the Internet reckons time, is like a core sample of marketing evolution.

We've always existed in a strange layer of the social web. As creatures with some audience, but of deeply mercurial temperament, we've always been a dangerous investment of somebody's PR. And these days, when a person trudges through the knee-deep phlegm of the web, the web itself is substantially larger than it was when we started. In many ways, and let me establish at the head end here that this is something I like and think is cool, this isn't the network we started on. I wake up every day excited about what we could mean to it.

It's funny, at least to me: writing is profoundly devalued in the current milieu. I don't mean, like, literature. There will always persist a kind of wild eyed, dead-ender word fetishist, and I am prepared to serve as their High Lexiconnoisseur. No: I mean, to the marketer, a person who merely writes is… I don't know what kind of value proposition a person who writes on the Internet even represents. That is the least rare type of motherfucker there is. I can feel it when I read the media entreaties, that frigid gust of obsolescence, though apparently drawing on the Internet is another matter entirely.

I don't know how it went for you, but 2016 was the worst year of my life; it's not even close. Fuck that year. 2017 is about not having that year, and, when it is in my power, not allowing others to have a year like that either. 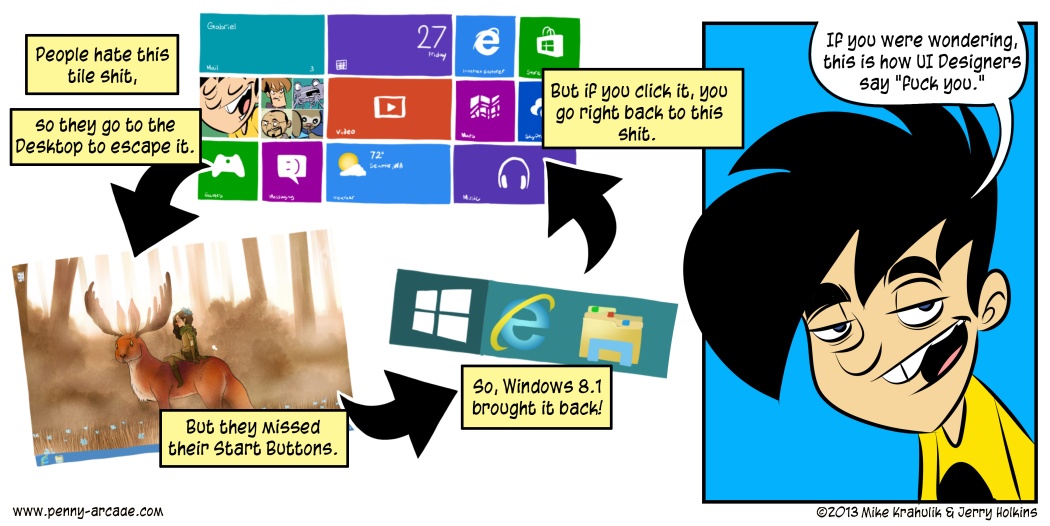